Thursday, January 21
You are at:Home»News»Sarawak»Villagers shoot, kill five-metre croc and her baby 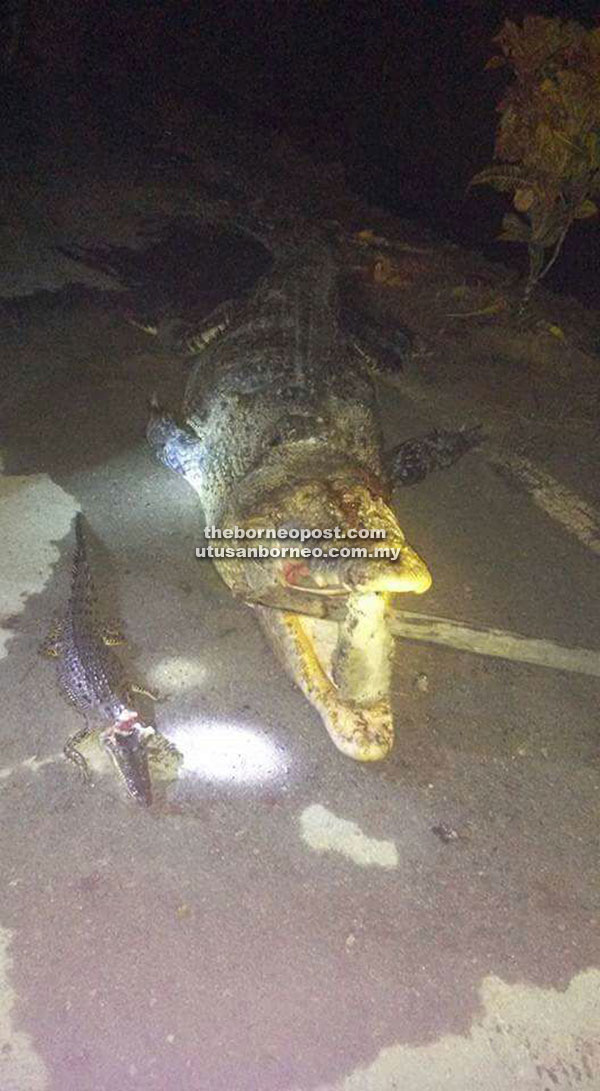 The five-metre crocodile and a small one believed to be her baby after they were shot on Sunday night.

The villagers believed the crocodile was female and that a small crocodile they shot together with it could have been its offspring.

The reptiles were shot twice in the head at around 9.30pm after they (the villagers) spotted it surfaced.

According to one of the villagers, Murshid Kabul, 64, who was in the hunting party, they had been staking out the crocodiles for over a month.

“We had spotted several of the reptiles emerged in the river nearby the village for the past few months, which created fear amongst us as our houses were nearby the river,” said Murshid.

He added, they shot crocodiles when they surfaced about a few metres from them.

No crocodile attacks have been reported within the village so far.

The village is located at about 50km from here.