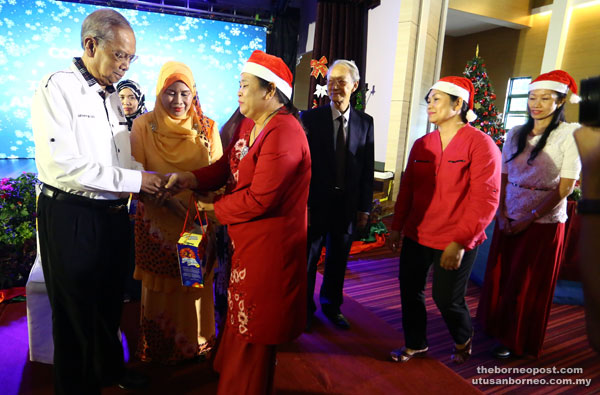 Recipients receiving their presents from Adenan and his wife.

The money was raised by the Chief Minister and his wife when the couple sang for charity during several public functions in the past, which so far had raised more than RM6 million.

At the gathering, Jamilah presented donations to 52 children from the Salvation Army, while Yayasan Sarawak presented Christmas donations to 32 of its staff who celebrate Christmas. 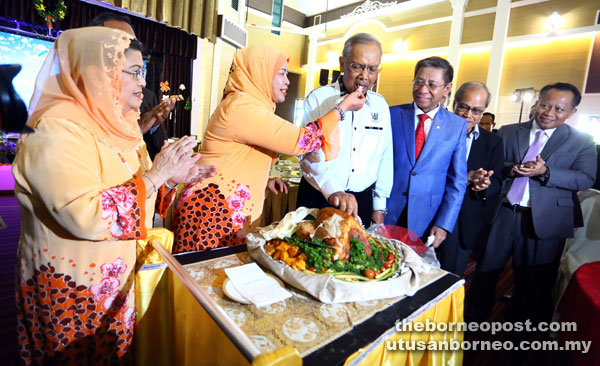 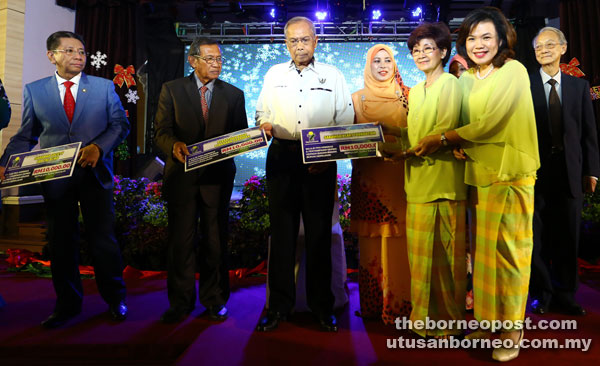 Recipients receiving their presents from Adenan and his wife.

Signing of a memorandum of understanding (MoU) between Petronesa Trading Sdn Bhd and Petron Oil (M) Sdn Bhd was also held during the gathering.

Petronesa Trading Sdn Bhd is a subsidiary of Yayasan Sarawak, and the MoU will enable Yayasan Sarawak to supply petrol and diesel to Petron Oil (M) Sdn Bhd.

The highlight of the gathering was the cutting of a roasted turkey by Adenan and his wife together with Juma’ani and Yayasan Sarawak director Azmi Bujang and other invited guests.