Monday, February 6
You are at:Home»Business»Site clearing begins for Serian New Township
For the freshest news, join The Borneo Post's Telegram Channel and The Borneo Post on Newswav. 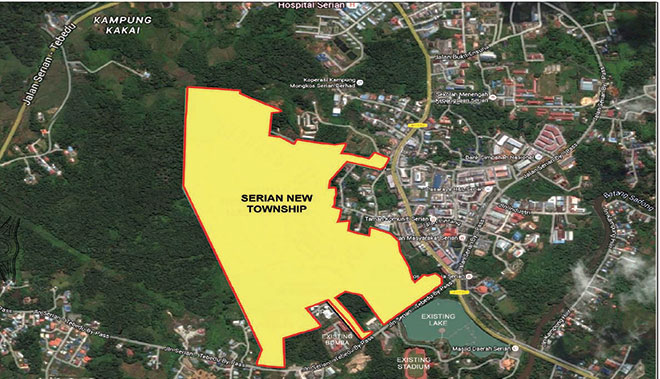 The new township will be a coveted area once it is fully developed.

In addition, the project, which was launched on April 5, 2016 by Chief Minister Datuk Patinggi Tan Sri Adenan Satem, has become a catalyst for social and economic growth in the Division.

The site clearing work is now in progress.

This mixed-use development spread over 145 acres is estimated to have a gross development value of RM600 million.

“As the State Government Complex and Conference Centre will be constructed within the area, the commercial and residential developments will complement both visitors and government servants essential needs,” BDC said in a statement.

Surrounded by existing developments and amenities; bank, school and supermarket, within the vicinity, together with strategic location of the project at Jalan Serian – Tebedu by Pass, the new township will thrive, and, attract investors and key economic players to further enhance the development in the area amidst the challenging property market conditions.

The new township will be a coveted area once it is fully developed.

The site clearing works is expected to be completed by mid April 2017 and will be followed by the earthworks and major infrastructure and river improvement works.