Friday, May 20
You are at:Home»News»Sarawak»286 European, Indo-China and Qing influenced artifacts found in Kuching 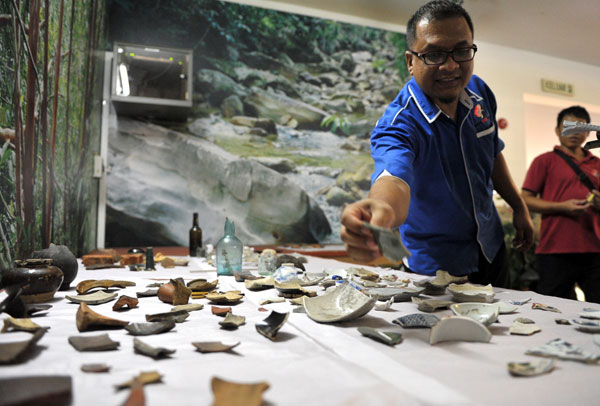 KUCHING: A total of 286 artifacts influenced by European,  Indo-China and Qing Dynasty designs have been found at the drainage system construction site in Jalan Khoo Hun Yeang near here since last Friday (Jan  6) until today.

“The artifacts are discovered by construction workers at the site near the Central Police Station at a depth of 1.5 metres and a width of 1.2 metres and will be classified according to categories such as pottery, ceramics and glass as well as design and colour,” he said when met here yesterday.

He said most of the artifacts found are most likely to be discarded items as they are incomplete and broken and, among those found, were blue and white pottery from the Qing Dynasty era and those from Central Asia.

Mohd Sherman, who is also the department’s Head of  Archaeology, said the findings on the artifacts would be shared with pottery, ceramic and glass experts once the inventory works were completed.

On the importance of the findings, he said the artifacts could narrate the story of daily life in Kuching during that particular era.

“Kuching was famous as a trading centre and I am confident more artifacts will be discovered,” he said, advising the public to inform the Museum of any such finds to enable an inventory work to be carried out. — Bernama