Sunday, May 22
You are at:Home»News»Sarawak»Proposed cultural, heritage museum to be ready soon 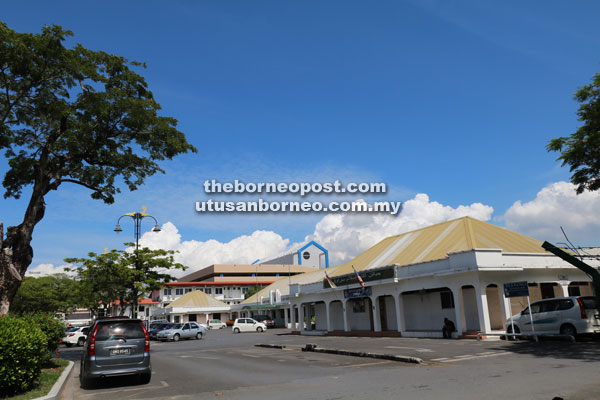 MIRI: The proposed cultural and heritage museum here will be by ready by June or July.

Curator of Sarawak Museum’s Natural History and Zoology, Dr Charles Leh, said they were now awaiting funds for the development of the museum – which is the existing Miri Resident and District Office (Rando) at Angsana Road.

The complex, which also houses the Islamic Religious Department (Jais) was built in 1912, soon after the first oil well in the country was sunk atop Canada Hill in 1910.

Staff of the complex are expected to move soon to the newly completed Baitulmal complex in Boulevard Commercial Centre, Pujut-Kuala Baram Road.

“Once the complex is vacated we will work on some restoration works and once completed we will put up temporary exhibition for the museum, while we work on the artefacts that could be permanently displayed to showcase the rich cultural heritage of Miri,” said Leh when contacted recently.

He said it would be the first such museum in Sarawak, built in office complex which too has historical value. Thus, it will enhance conservation works on the rich heritage in Miri Division including that in the Bario Highland and the Niah Caves.

On public proposals that the complex is named as Adenan Square in memory of former chief minister Datuk Patinggi Tan Adenan Adenan Satem, Leh said the museum welcomed the proposal.

“However, we first have to look at the history of the place and the building and thus whatever name given later must have historical link and significance,” he said.

Karambir Singh, a Miri City councillor and president of Miri Indian Association was quoted in the Borneo Post on Tuesday, that the authority concerned could rename the complex area as ‘Adenan Square’ to remember the great contributions of the late chief minister.

Karambir added that he was also open to alternative venues, so as to embody the values and principles that Adenan stood for, which the public could adopt and follow.

Meanwhile, a member of the public who only wished to be known as Chang, suggested that a section of the cultural and historical museum be dedicated to Adenan.

“This is in appreciation of Adenan’s contributions to the development of the state and Miri in particular. It being strategically located  within the tourism belt in the city centre will make it easier for the public to visit the museum, as a one-stop centre to learn more about the cultures, traditions and lifestyle of the people,” she said.

The development of the cultural and historical museum would boost the local tourism industry and enhance Miri’s image on the world map.

Datuk Lee Kim Shin, when appointed last year as an Assistant Minister of Tourism, wasted no time in enlisting the services and expertise of the relevant agencies like the Sarawak Museum Department in identifying possible sites for the museum.

Among them are the government Resthouse at Tanjung Lobang – which was the resident’s quarters during British rule and the Lighthouse also at Tanjong Lobang, where the Japanese landed during World War II, where some of them died and were buried there.