Tuesday, August 9
You are at:Home»News»Sarawak»Sarawak gives up on MASwings 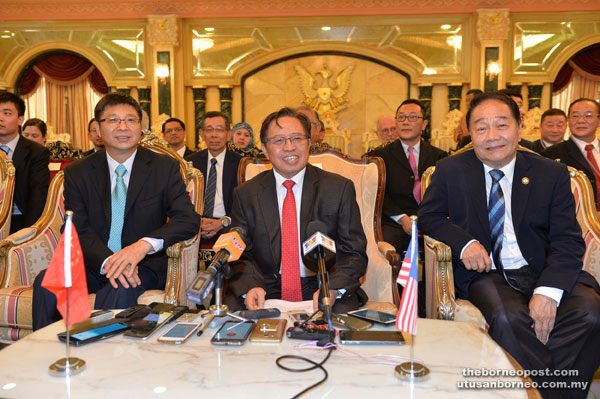 KUCHING: The state government has given up taking over MASwings from Malaysia Airlines Berhad (MAB).

Chief Minister Datuk Amar Abang Johari Tun Openg said the state had negotiated with MAB to take over MASwings but unfortunately the holding company for MASwings – MAB – was dragging its feet over the negotiation.

“Because of ding dong, ding dong, we decide to forget about it – after all we have alternative.Yes, it was our intention before to take over MASwings, but since they make it so difficult, we just forget about it,” he told a press conference after witnessing the memorandum of understanding (MOU) between the state government and four major companies from China at Wisma Bapa Malaysia here yesterday.

Abang Johari, who is also Minister of Finance and Economic Planning, the state  was studying other alternatives.

“We have no choice but to change car. If we can’t have a Proton Saga, we go for other car,” he said.

He said the state would look into the possibility of asking the China Express Airlines Co Ltd, which had signed the MOU with the state government, to provide charter flight for Chinese tourists to remote tourism spots in Sarawak.

The Sarawak and Sabah governments had been trying to acquire MASwings’ equity since 2012. Both state governments wanted to turn the rural air service carrier, which was then fully owned by Malaysia Airlines (MAS), into a medium-haul airline to serve the Asean region from Kuching and Kota Kinabalu.

The state’s proposal, which the Sabah government had agreed to, was also to make MASwings a regional airline to serve routes with fight duration within seven hours to destinations like Bali, Jakarta, Bangkok, Tokyo and Australia.

However, the negotiation stalled when Malaysia Airlines was taken over by a new management, Khazanah Nasional Berhad.

Previous ArticleTrump promises CEOs to slash taxes, regulation
Next Article AirAsia Berhad says it has no transactions with Rolls-Royce PLC