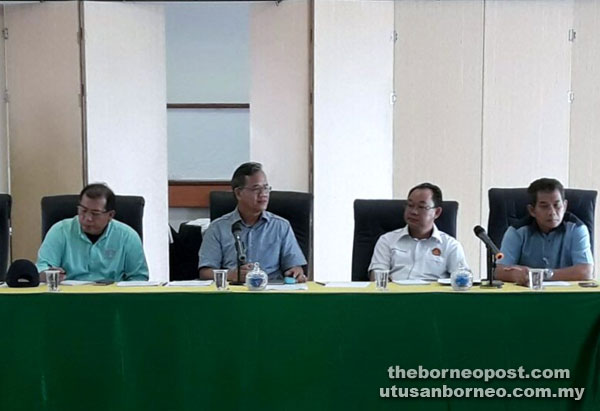 Liwan (second left) chairs a meeting on river transport safety while (from left) Ugak, Kennedy and Murni look on. 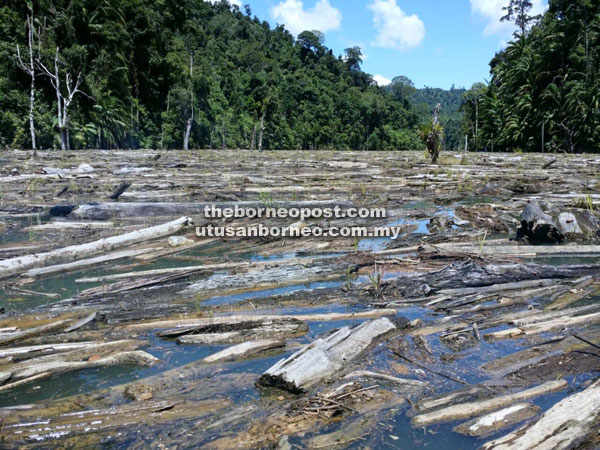 The debris upriver has caused difficulties to Long Jawe and Long Busang folk.

According to Assistant Minister for River Transportation and Safety Liwan Lagang, the debris upriver which formed logjams, was causing problems to the local community who depended on rivers as their main mode of transportation.

The debris is causing obstacles to the people living in Long Jawe and Long Busang, who depend very much on river transportation.

There is a lot of debris now but the Sarawak Hidro’s contractors are collecting and clearing the debris within 10km radius of Bakun Dam. The debris does not occur within the 10km radius (of Bakun Dam).

“The debris is found in upper Linau and Balui rivers, which is outside the 10km radius from Bakun Dam, and not included in the debris-clearing contract,” Liwan said when contacted after chairing a meeting in Bakun on river transport safety on Monday.

“We have asked Sarawak Hidro for help as part of their corporate social responsibility and we are also seeking help from the relevant ministry for funds for the debris-clear works.

“We are looking into how to make river travel in Bakun Lake safer.”

Liwan also mentioned there was no public transportation operating yet at Bakun Lake.

He, however, said there were commercial vessels such as barges and boats carrying logs operating in the area, since they had the River Transport Permit.

Liwan said the other issue discussed during the meeting was on the need to wear life jackets among private boat owners. Private boats are boats belonging to the longhouse residents and are not registered with SRB.

He also reminded private boat owners to avoid travelling in bad weather as the waves fanned by strong winds could pose dangers to small boats.

Liwan said the meeting also discussed the importance of ensuring cleanliness of the rivers to prevent pollution.

On this, he wanted SRB to work closely with the local community to carry out public awareness education programmes.

Meanwhile, it is learnt that an express boat is still waiting for a River Transport Permit to operate in Bakun Lake. SRB is expected to issue the permit once the operator has fulfilled the board’s requirements, including passengers’ insurance.

It is also learnt that eight speedboats would be issued with the permit soon as the operators had carried out works to determine the tonnage and the number of passengers the boats could carry.

There are no passenger boats (public transport) operating at  Bakun Lake now as they are not allowed to carry passengers, including tourists, without permits.

Operating a boat without a permit constitutes an offence under Sarawak Rivers Ordinance 1993, whereby an individual is liable to a RM5,000 fine and two years’ jail upon conviction