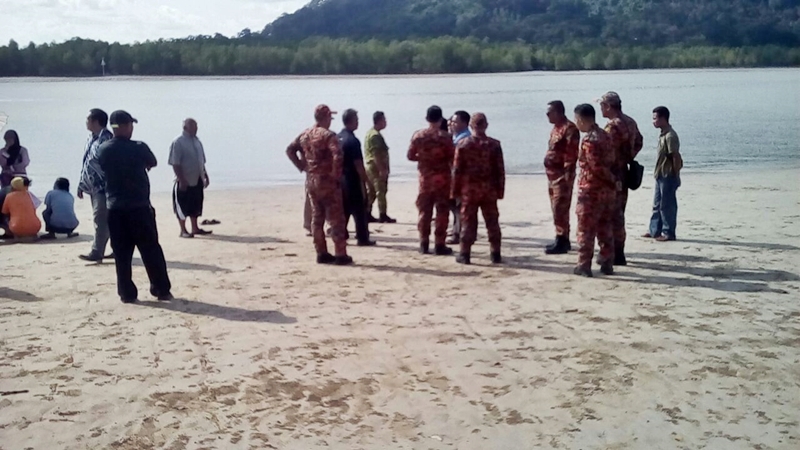 Bomba personnel at the scene of the incident. Photo courtesy of Bomba

KUCHING: The partial remains of a villager was recovered this morning along Sungai Santubong after he was believed to have been grabbed by a crocodile yesterday.

The remains of Selamat Raub, 54, was found by Fire and Rescue Department (Bomba) personnel at 10.30am, roughly three kilometres from where the deceased’s belongings were located.

State Bomba assistant director of operations Farhan Sufyan Borhan said firemen began their search at 9.46am after being notified and first discovered the victim’s mobile phone and food rations.

“At 10.29am, we discovered his partial remains, from the waist down, about three kilometres away. We are currently working to locate the rest of his body,” he said.

Selamat had bee reported missing by his son after he failed to return from casting his fishing net yesterday.