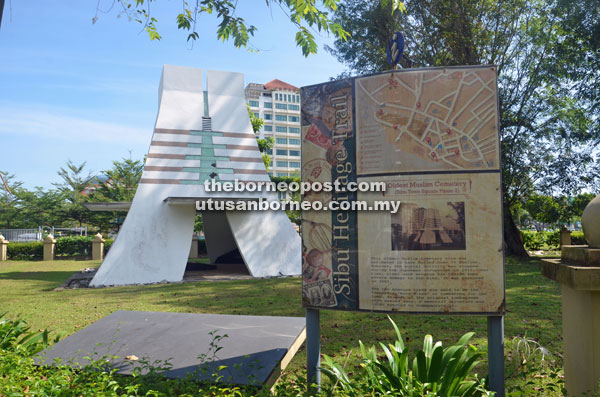 The Sibu Heritage Trail signboard at the entrance of the old cemetery site provides information to visitors. 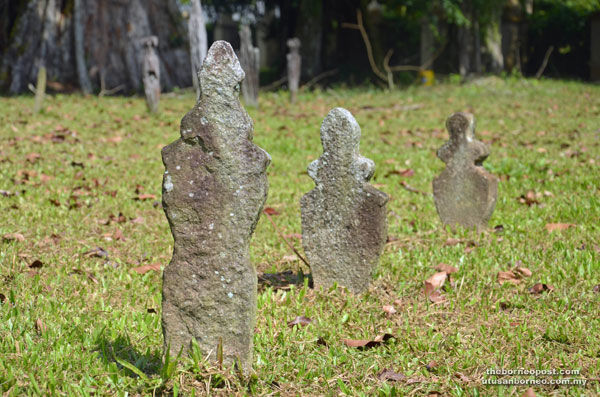 Some of the old tombstones (batu nisan) that can be seen at the site. 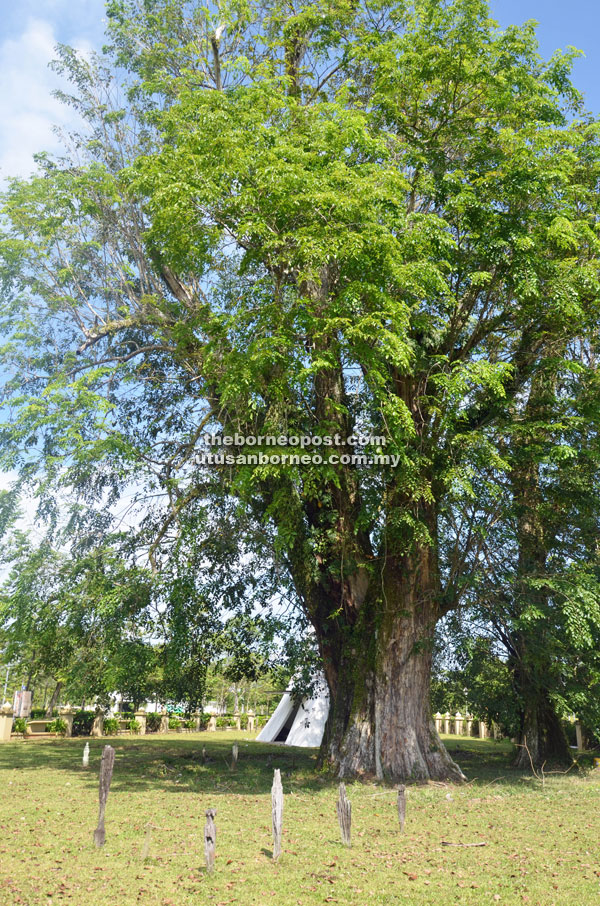 The ‘angsana’ trees provide shade to the monument (the white building in the background) and other graves surrounding the trees.

SIBU: A very long time ago, a person died due to a venomous snake bite and his or her relatives used ‘angsana’ (pterocarpus indicus) tree branches to mark the person’s grave.

The branches grew with time and after more than 150 years, they turned into big, tall trees and can now be seen standing inside the gated compound of Sibu’s oldest Muslim cemetery at Sibu Town Square Phase 2 here.

The trees, said to have already existed since before 1862, provide shade to a monument building  built to commemorate the existence of the site as engraved on stones erected at four corners inside the building.

According to information available inside the building, the cemetery was used as a burial site by early Malay settlers who arrived in Sibu during the Brunei Sultanate administration era in 1599.

The information also mentioned that burial activity stopped during the Japanese invasion in 1941 and thereafter because of soil erosion at the riverbank that caused serious damage to the cemetery site.

The old cemetery is among the nine heritage sites included in the Sibu Heritage Trail which is an initiative by Sibu Municipal Council (SMC).

Sibu Heritage Trail was launched in 2012 to promote Sibu as a city of cultures and festivals and a gateway to the central region of the state.