Friday, August 19
You are at:Home»News»Sarawak»4,000 turn up for Colour Rush Run 5.0, exceeding target 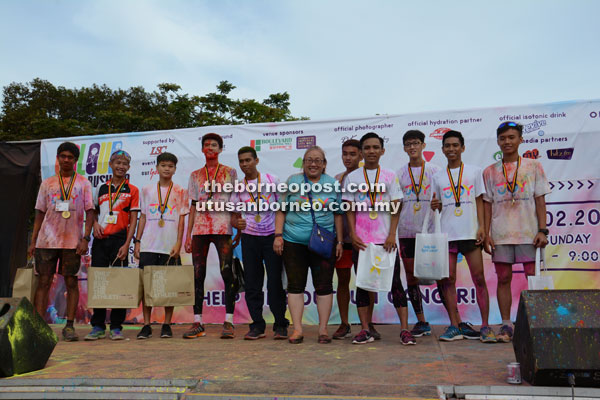 Hee (centre) poses with top ten male finishers after presenting them with gifts and medals. 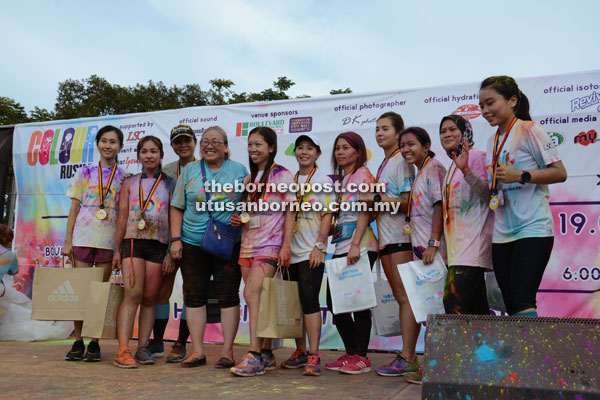 Hee (fourth left) in a group photo with the top ten female finishers after presenting them with gifts and medals. 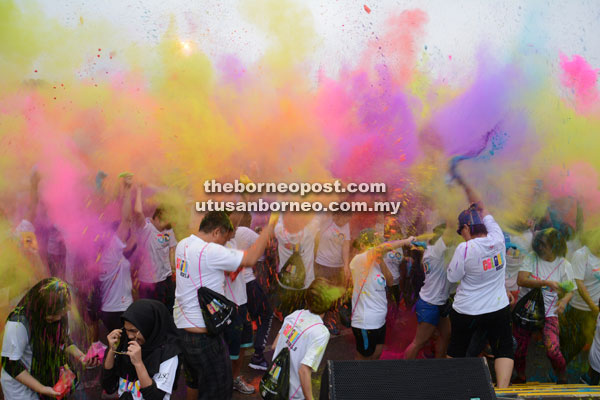 Participants are seen enjoying themselves, splashing powders on each other before running the 5km route. 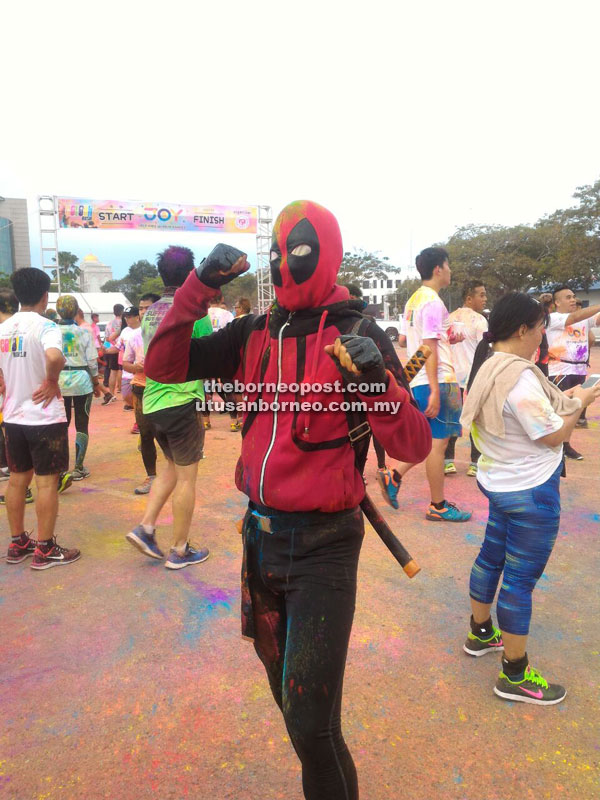 A participant dressed as ‘Deadpool’, a Marvel hero character, in an attempt to shield himself from the coloured powder.

MIRI: The second leg of the 5th edition of Colour Rush Run held here yesterday was a huge success with close to 4,000 people joining the run at Boulevard Shopping Mall parking lot.

The large turnout, which exceeded the number in previous years, was beyond the expectation of the organiser, Sarawak Children’s Cancer Society (SCCS).

“Today, we come together in support of families in Sarawak who are battling childhood cancer. We are all here to celebrate the lives of the children who have fought bravely against cancer, to remember the precious lives lost, and the joy they have added to our lives,” Jocelyn Hee, president of SCCS, said in her speech.

Though the number of participations had reached 3,500 at the closing date, the unexpected addition of nearly 500 who turned up showed the love and support of Mirians as well as those from Brunei and Kuching for children with cancer and their families, Hee added.

She also said it was incredible to see familiar faces amongst the participants almost every year.

“These include our medical staff, some of our survivors and also families of cancer fighters who are here to support this event.

“To all our supporters, we thank you for your unfailing support and commitment to work with and helping children with cancer, and their families in Sarawak. It is because of you that we have been able to support more than 900 families since 2001, and actively support approximately 100 families annually.”

It was said that about 100 staff members of SOP participated in the run.

Participants were seen enjoying themselves, splashing coloured powders to each other before starting the 5km run, which was flagged off by Hee and mayor Adam Yii.

Meanwhile, it was reported that 3,400 people took part in the Colour Rush Run in Kuching on Saturday evening.

The total number of participants of more than 7,000 far exceeded the target of 5,000 people.