Friday, September 17
You are at:Home»News»Nation»Two foreign women charged with murder of Kim Jong-nam 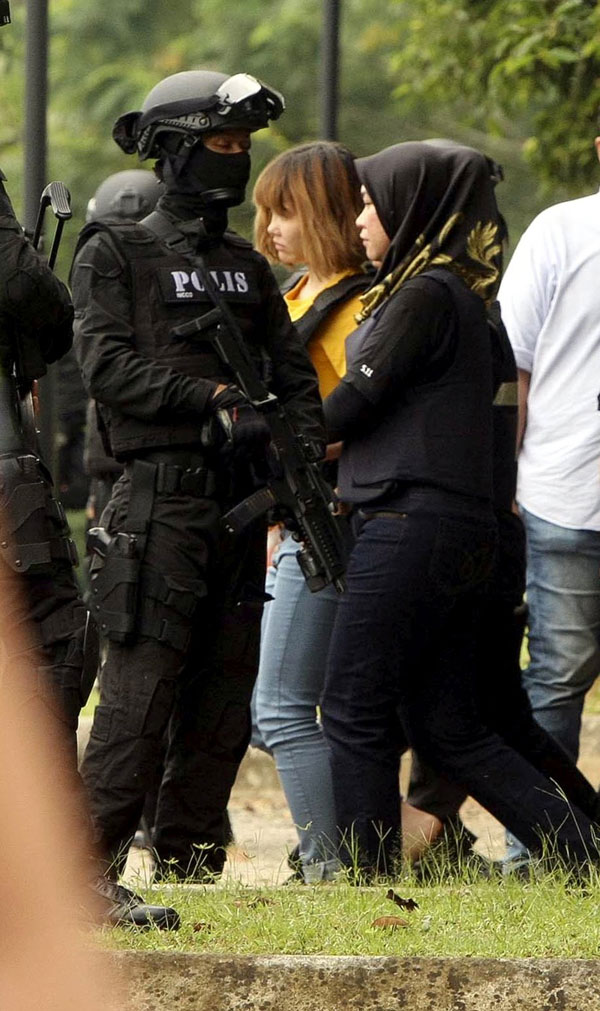 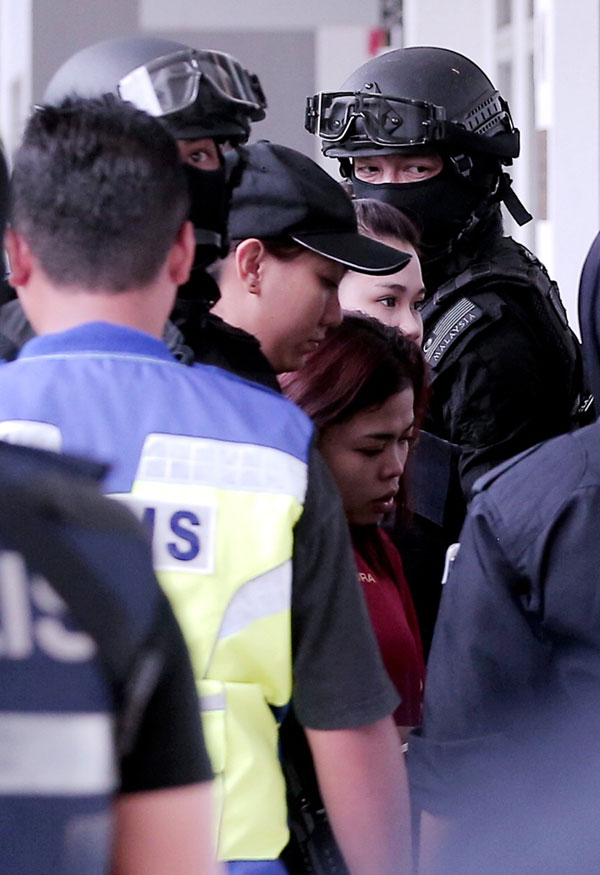 SEPANG: Two foreign women were charged in the Magistrate’s Court here yesterday with the murder of a North Korean man at KL International Airport 2  (klia2) on Feb 13.

Siti Aisyah, 25, an Indonesian national, and Doan Thi Huong, 28, a Vietnamese citizen, were charged with four other people still at large with the murder of Kim Chol, 45, at the klia2 departure hall at about 9am on that day.

Authorities have established that the bearer of the passport with the name Kim Chol was Kim Jong-nam, estranged elder half-brother of North Korean leader Kim Jong-un.

Siti Aisyah, clad in a red dress, and Thi Huong, in a yellow attire, were brought to the Sepang Court Complex at 9.34am under the tight guard of policemen and Special Action Unit personnel.

The two women looked calm and reserved as they were brought handcuffed into the courtroom separately at about 10am via a staircase from below the courtroom and straight into the dock.

After their names were called out, the women stood up in the dock as silence fell over those present in the courtroom, among them 30 local and foreign reporters and representatives of the Indonesian and Vietnamese embassies.

Siti Aisyah and Thi Huong, the first and second accused, respectively, were charged under Section 302 of the Penal Code that provides for the mandatory death sentence upon conviction.

The charge was read out to the women separately and no plea was recorded as that comes under the jurisdiction of the High Court.

Earlier, Selangor prosecution director Muhamad Iskandar Ahmad applied for the charge to be read out and explained to the two accused.

After the charge was read out in Indonesian by an interpreter, Siti Aisyah nodded that she understood what was said. She also confirmed that her name was as stated in the charge sheet.

Muhamad Iskandar applied for the prosecution to be given six weeks to obtain related documents before the case gets transmitted to the Shah Alam High Court.

Gooi applied for a gag order to restrain the police and any potential witnessess from making press statements which he said could incriminate his client or compromise her right to a fair trial.

“This application is to ensure the right to a fair trial of my client as those statements are subjudice,” he said.

Muhamad Iskandar said he would leave it to the court to decide on the matter.

It is the practice for a murder case to be mentioned first in a magistrate’s court and no plea recorded from the accused. A plea will be recorded when the case is mentioned in the High Court.

After the charge was read out to her, Thi Huong said: “I understand, but no killing.”

However, the court asked Thi Huong to state whether she understood the charge or not and not to provide any explanation.

Muhamad Iskandar applied for the two cases to be mentioned on the same date and for them to be heard together in the High Court.

The court set April 13 for mention.

Reporters who entered the courtroom were disallowed from bringing with them any electronic equipment including mobile phones.

They were subjected to four screenings and body searches by the police before being allowed to enter the courtroom.

The court proceedings began at 10am and ended 30 minutes later.

Siti Aisyah and Thi Huong were seen wearing bullet-proof vests as they left the courtroom, heavily guarded by armed police personnel from the Special Task Force on Organised Crime (STAFOC).

They left the court complex for the Kajang Prison at 10.40am in separate convoys, raising a frenzy among the press photographers.

It had been reported earlier that Kim Chol or Jong-nam was at klia2 at 8am on Feb 13 to board a flight to Macau an hour later when two women suddenly appeared before him and allegedly wiped his face with the palms of their hands which contained what was later identified as the VX nerve agent.

Jong-nam reportedly sought help at a customer service counter at the airport and was rushed to the Putrajaya Hospital but died on the way.

He had come to Malaysia on Feb 6. —Bernama