Wednesday, May 18
You are at:Home»News»Sarawak»Dead dolphin, fish and crustaceans washed ashore, cause unknown 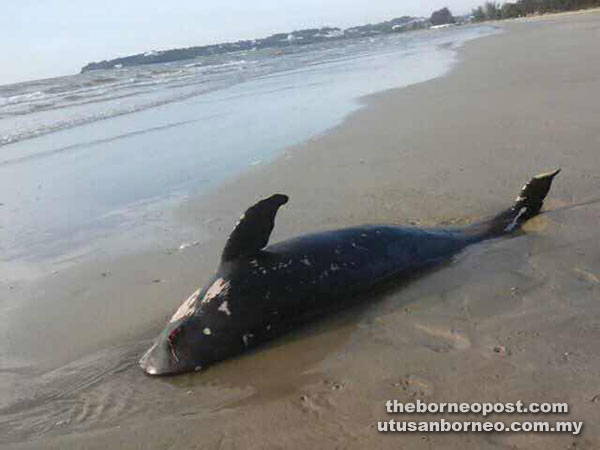 The dead dolphin and other marine life washed ashore at Luak. 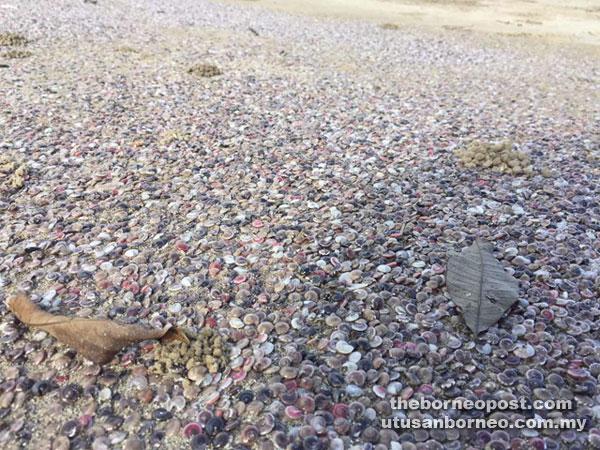 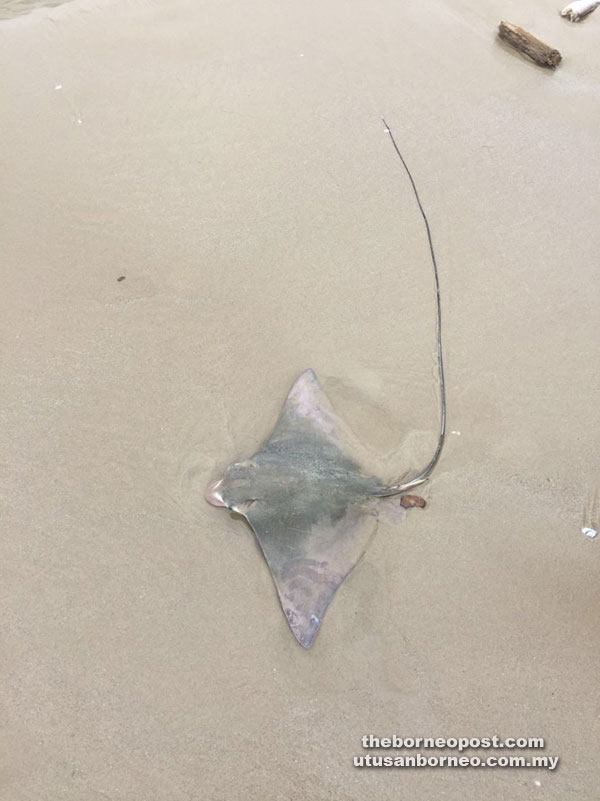 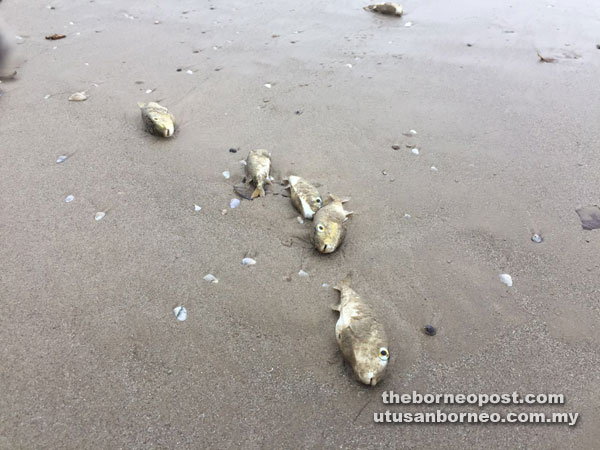 Oswald  Braken Tisen  from Sarawak Marine Mammal Stranding Network (SMMSN)  said a staff of a club house – Beach Republic at Luak  – found the carcass of the 1.39 metre dolphin at the beach between the club house and the nearby Luak Esplanade.

“Swift action was taken by the Department of Forestry, Miri and Sarawak Forestry Corporation , SFC Miri and other members of the Network upon knowing about the incidence this morning,” he said when contacted by the Borneo Post yesterday.

He said the carcass had been brought to SFC Miri for examination and was later buried at Piasau Nature Reserve.

Braken, who is  also SFC’s deputy general manager said currently the cause of death of the dolphin, fish and crustaceans has not been ascertained.

“It is hard to determine and it could that the dolphin is injured or is old and sick. We are still investigating,” he said.

Asked why fish, cockles and crustaceans also died along that stretch of the sea, Braken said he had yet to receive further report adding that the case was the first one to occur here this year.

Meanwhile, the staff of Beach Republic said that he had sensed something unusual when he detected a stench blown from the sea and many dead clams and cockles were washed ashore since Monday.