Monday, May 23
You are at:Home»News»Sarawak»‘Gazette Bongkissam shrine as historical site’ 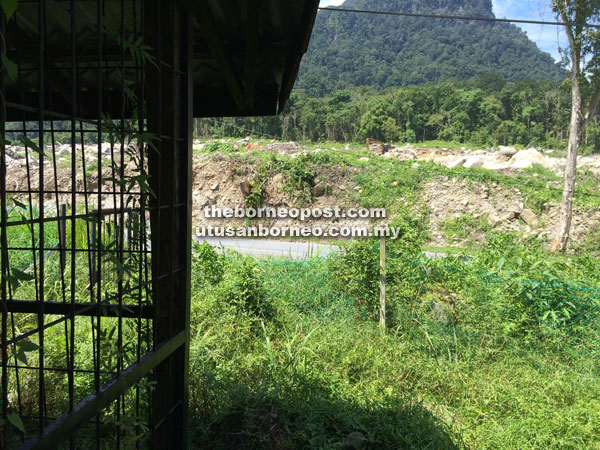 A view taken from the Bongkissam shrine.

KUCHING: The Bongkissam shrine in Santubong should have been gazetted as a historical site.

It is due to this oversight that the area around the shrine has been compromised and the potential unearthing of historical artefacts and research is severely affected, claims a campaigner for Sarawak 4 Sarawakians (S4S) and writer on Sarawak culture and heritage, Karen Shepherd.

“However, lessons must be learnt from these events and an early inclusion of the Sarawak Museum Department in discussion on development near historical sites should be mandatory to avoid a repeat,” she said on Thursday when reacting to a news report stating that the Bongkissam shrine could be relocated.

The announcement by Santubong MP Dato Sri Wan Junaidi Tuanku Jaafar was a last resort measure rather than a well-considered response to the destruction of the site for a village extension project.

“The dig at Bongkissam was never fully concluded. If we look at other examples, such as the Lembah Bujang candi in Kedah, there are several other sites within the vicinity.

“It is highly likely that new investigations in Santubong would find untold number of artefacts and even structures that could provide not just knowledge and understanding, but also tourism and, not least, a sense of pride in our own home state amongst its people.

“The advice of the museum, particularly in areas with proven heritage and research significance, must come first. Land and Survey Department and Housing (agencies) cannot be allowed to take precedence all of the time. There must be a balance.

“The director of Sarawak Museum, Ipoi Datan, is himself an archaeologist who has authored research papers on international significance. This is why we are begging the Sarawak government to take his advice as an academic of standing on the best way to preserve the knowledge and understanding that Bongkissam and the Santubong peninsula can provide.

“His advice should not be an afterthought, merely used to mitigate the worst of the destruction that this housing project has already caused,” Shepherd said, adding that the archaeological investigation must be done first and at the original site.

“The findings of that investigation can then be used to determine the best location and procedures for building new housing in the area. Relocation of heritage sites must always be a last resort. Once they are relocated, the integrity and authenticity of the site is compromised and this will affect tourism as well as the research potential.

“The Bongkissam shrine, which should have been gazetted decades ago, is already compromised but lessons must be learned from this and procedures strengthened to prevent it from happening again,” Shepherd said.

Wan Junaidi, who is also Minister of Natural Resources and Environment, on Wednesday was only making a suggestion on what to do with the shrine and not approving it, when stating that the shrine should be relocated should the need arise.

He also said the state Museum Department had proposed that the area, where the shrine sits on, to be gazetted as a heritage site but the state government had yet to deliberate on the proposal.