Sunday, November 28
You are at:Home»Sports»Badminton»Dream final if not dream result for local fans 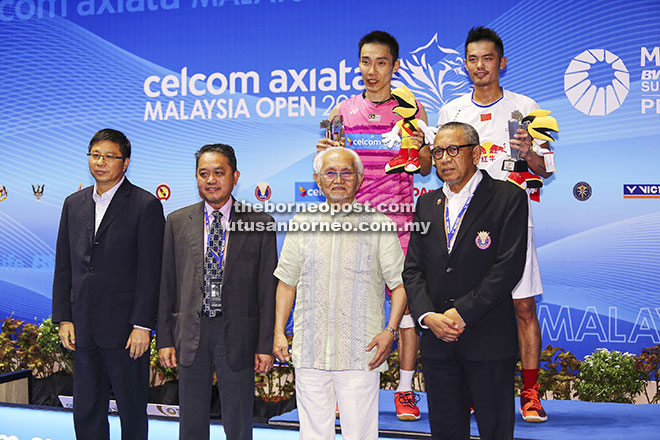 KUCHING: Lin Dan of China has finally broken the “curse” that he was unable to win in the Malaysian Open when he defeated Malaysia’s Datuk Lee Chong Wei 21-19, 21-14 in the men’s singles final at the Stadium Perpaduan in Petra Jaya yesterday.

To the 33-year old, it was an unforgettable victory and a breakthrough even if it happened in the twilight of his illustrious badminton career.

Yesterday’s win was Lin’s 26th over Lee in 38 meetings and his first Malaysia Open title. It was the Chinese veteran’s fourth attempt to wrest the elusive title.

“I feel very happy and blessed and this is a very meaningful win for me because this is the first time in the Malaysia Open that so many local fans supported me all along the way,” said the two-time Olympic gold medallist who felt that he had played very well against Lee. 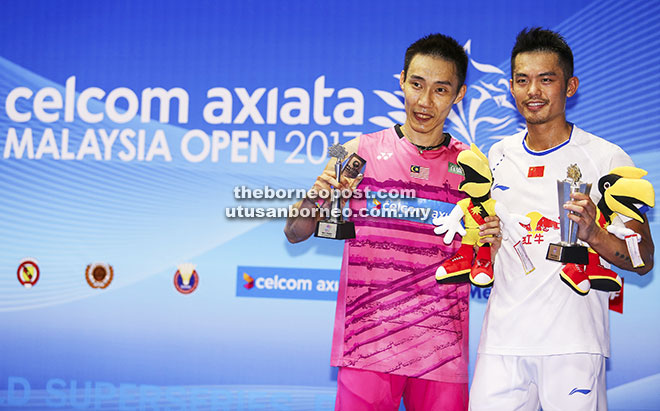 Just like Lee, Lin has no intention of retiring yet and he will continue to play in more tournaments but only in selected events.

“We are now no longer in our 20s and we cannot play in every tournament like the younger players. I hope the media will understand why we are skipping some events,” he said, adding that he will be preparing for the World Championship in Glasgow.

Now that he has won every title in badminton, Lin Dan said there will be no specific target for him.

“I will try to maintain my game and form and win as many more titles as possible,” he said.

Meanwhile, Lee accepted his defeat in grace and congratulated Lin for his success in lifting the Malaysia Open title.

“Losing or winning is part of sport and I have tried my very best to win my 12th title in the Malaysia Open. I will try again to win it the next time,” he said.

Lee lost his concentration in the crucial stage of the first set and said Lin had played more aggressively and confidently after gaining a few points lead in the second set.

“I will continue to play if the fire still burns in me,” said the 34-year old world number one when asked when he will be retiring from the sport.

He admitted that he had to work harder as more younger players are coming up and trying to beat him and Lin Dan.

The Head of State also gave away the prizes to the winners.

In the women’s singles final, top seed Tai Tzu Ying of Chinese Taipei lived up to her top billing to overcome the spirited challenge from second seed Carolina Marin of Spain in three sets.

Both the men’s and women’s singles champions received US$45,000 while the runners-up received US$22,800 each.

The mixed doubles was won by China’s top seeds Zheng Siwei and Chen Qingchen after they outplayed compatriots Lu Kai and Huang Yaqiong, the fourth seeds 21-15, 21-18 in the first final of the day.