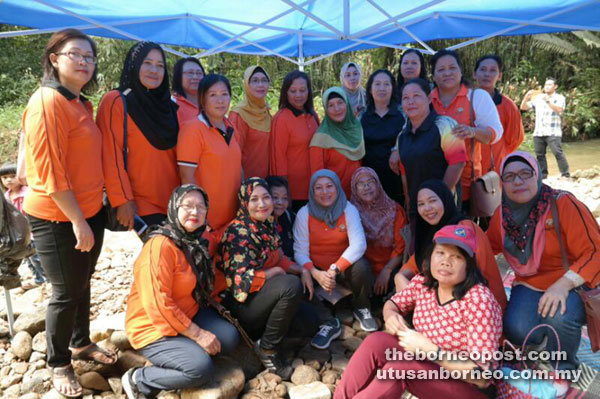 I HAVE always been partial towards Sabah and Sarawak as far as I can remember. I thought their political leadership had tremendous moral courage and nationalistic fervour when they led their territories to form the Federation of Malaysia. At that point, Malaya and Singapore were in a much more developed stage in practically every sense, compounded by the fact that Sabah and Sarawak would be overwhelmed by their population size for a long time.

Although the formation was held together by the 20-point and 18-point Malaysia Agreement (MA) 1963, we know like all agreements, they can be stalled or suffer from haphazard implementation, or … But the leaders still trusted their instincts amid the outward displeasure of larger neighbouring countries over the formation.
Almost 54 years on
On Sept 16, 1963, four separate territories became one federation. And by August 9, 1965, the federation was reduced to three territories, upon the departure of Singapore.

It is a wonder that Malaysia Day was only celebrated as a national holiday in 2010 — 47 years later! Giving Malaysia Day its due recognition can’t diminish the significance of Merdeka Day. Actually, the formation of Malaysia is a continuing accomplishment of the Merdeka journey.

And the uninterrupted parliamentary election successes of these two territories, particularly in GE 12 and 13, have caused Prime Minister Datuk Seri Najib Tun Razak to prize them as Barisan Nasional’s ‘fixed deposits’. The late chief minister Datuk Patinggi Tan Sri Adenan Satem in preparation for Sarawak’s 11th state election seized the opportunity to seek a revisit of MA63. And he had clearly specified that they were talking about the devolution of power, which quashed naughty suggestions of cessation intents being floated. Apparently Putrajaya has already agreed in principle to act on all clauses that were not in adherence to the letter.

Sabah’s population is augmented by an estimated one million as a result of Project IC (where Indonesians and Filipinos from surrounding islands were issued Malaysian identity cards in clandestine operations during the early 1990s purportedly to reconfigure the demography). The figure of one million would have included second and third generation offspring by now.

A Royal Commission of Inquiry set up in 2012 blamed corrupt officials, while absolving the then incumbent administration. Who could have pulled off this reprehensible caper in such a sustained manner (five years or more was often cited) with the collusion of some bad hats of the National Registration Department, Immigration Department and the Election Commission?

It shouldn’t be that difficult to investigate and charge these “corrupt officials” and masterminds. I feel that Sabah was repeatedly violated in broad daylight with no apparent recourse and the perpetrators not held accountable.
Elected MP in 2008
Datuk Seri Nancy Shukri is a minister in the Prime Minister’s Department overseeing the following agencies: Malaysian Innovation Agency (AIM), Land Public Transport Commission (SPAD), Malaysia Nuclear Power Corp (MNPC), Malaysian Industry-Government Group for High Technology (MIGHT), and Commercial Vehicle Licensing Board (CVLB) Sabah and Sarawak. The appointment came in the cabinet reshuffle in mid-2016. Three years earlier she was in charge of the law portfolio. Nancy was first elected an MP in 2008.

She was born in Kuching to Shukri Mahidi of Malay and Melanau ancestry, and Bibi McPherson whose parentage is a mix of Scottish, Iban and Chinese. Nancy is number 10 of six girls and five boys.

A few weeks ago she shared some pictures taken of her routine weekend constituency visits that she calls Ziarah Kamek or Our Visits. She leaves Kuala Lumpur for Kuching on Fridays after lunch and spends the whole of Saturday and half of Sunday in P200 Batang Sadong. Then it is back to her office on Monday in Putrajaya. She does this like clockwork unless there are unavoidable official engagements in KL or overseas. She reckons she does this between 30 and 40 times per year.

The photographs showed about three-dozen native folk by the river bank. They were enjoying a meal cooked in the open. Nancy was seen mingling and chit-chatting. I responded remarking what an adventure! Then she asked if I would like to join Ziarah Kamek.

Nancy has been married to Sabahan businessman Kamil Misuari since 1985 and they have three children: Faeroz (31) an airline pilot, Farouk (23) studying audio engineering, and Bibi Freka (19), a foundation studies student. Her maternal grandfather was John Andrew McPherson, who served in the Rajah Vyner Brooke administration in various capacities including magistrate, acting judge and as Resident. He was killed by the Japanese military in 1942 while coordinating evacuation exercises.

She holds a Diploma in Public Administration from ITM, a law degree from University of Hull, England, and an Executive MBA from UiTM/Ohio University. Nancy was in the Legal Division of Kuching North City Hall for almost 12 years followed by five years as a political secretary to then CM Tun Pehin Sri Abdul Taib Mahmud, who has since 2014 been appointed the Governor.

Her political posts are as assistant secretary-general of Parti Pesaka Bumiputra Bersatu (PBB) and secretary of both women’s wings of PBB and Sarawak BN.

I accepted Nancy’s invite and on March 24-26 we were on the same flights KL-Kuching-KL. This was repeated the following week March 31 to April 2.
Postscript
I have long admired the political leadership of Sarawak and Taib Mahmud’s politics of development. Race and religion do not figure in their political discourse except for goodwill purposes.

The 1Malaysia concept has been embedded in Sarawakian society since 1963. They practice ‘to each his own’, giving each other their individual space. No imposition is their rule. I was most anxious to learn first-hand how PBB scored a 100 per cent success in the last four electoral outings.
To be continued next week.