Sunday, September 19
You are at:Home»News»Sabah»Man stabbed in attack by eight in Penampang 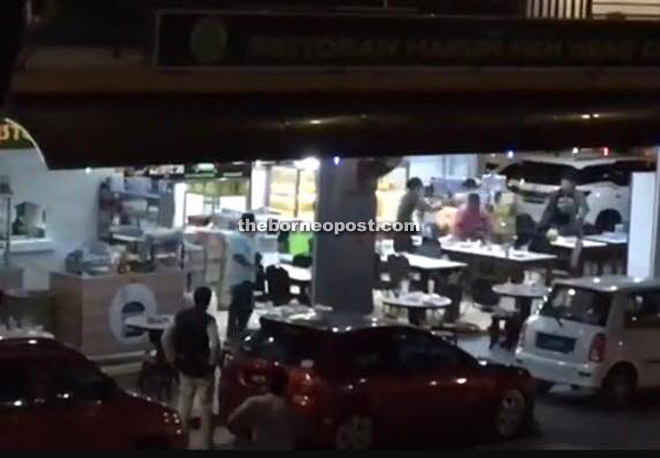 The scene where the attack allegedly took place at Plaza 333 in Penampang.

PENAMPANG: A local man is in stable condition after he was attacked by eight men armed with knife, machete and saw at Plaza 333 here on Friday.

District police chief DSP Rosley Hobden said police investigation revealed that the incident happened around 10.45pm when eight men, believed to be foreigners, attacked the 19-year-old victim while the latter was having dinner with four friends.

“Police report shows that the victim was having dinner with four friends when the latter decided to walk out of the restaurant to buy cigarettes from a nearby convenient store.

“Several minutes later, between seven to eight men armed with knife, machete and saw were seen chasing after the victim.

“All the friends managed to flee the scene unhurt,” he said yesterday.

The victim was then taken to the Queen Elizabeth Hospital 1 (QEH I) for treatment.

“The victim sustained a stab wound on the left side of the abdomen and was reported to be in stable condition,” said Rosley.

Police have launched a manhunt for the suspects, believed to be from the Philippines aged between 18 and 25.

He said the case would be investigated under Section 148 of the Penal Code for possessing weapons.

Previous Article‘Anjung Singgah’ helped 461 homeless
Next Article Malaysia’s Trade: On the up and up