Wednesday, October 20
You are at:Home»Business»Greater push for biodiesel in Indonesia, Malaysia 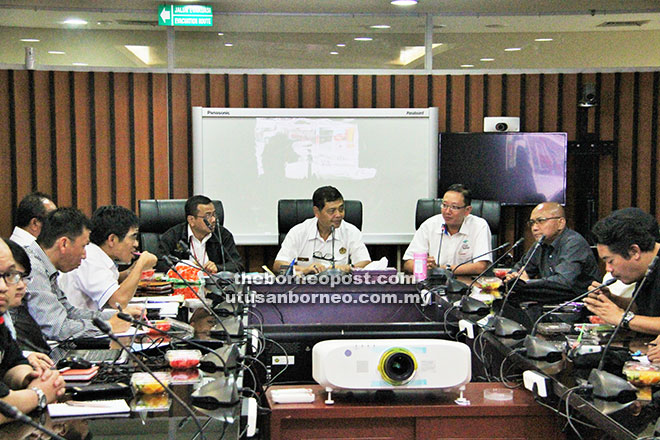 JAKARTA, Indonesia: The rapid depletion of fossil fuel heightens the need for governments  to start implementing measures to reduce its dependency on natural oil and gas.

Alternative sources of energy is needed to aid this shift from traditional fossil fuel, but not many are ready to make that full leap into green or renewable technology.

Hence comes the biodiesel – a blend of vegetable oil with traditional fuel that is more environmentally friendly.

In South East Asia, Indonesia is moving ahead of the rest of the pack to implement B20 – an oil mix which contains 20 per cent of biodiesel derived from palm oil – in its market since 2016.

With a population of about 250 million people, the Indonesiam government has put forth in its policy which gives subsidy to end-users of the B20.

According to Indonesia’s director of Bio Energy of the Ministry of Energy and Mineral Resources Sudjoko Harsono Adi, since its implementation of B20 last year, Indonesia has been able to save up to US$1 billion from the import of diesel.

“As a net oil import country, we really have no choice but to implement B20. And by implementing B20, we are also allowing our palm oil farmers to earn better income from their crop,” Sudjoko told Malaysian delegates at his office in Jakarta recently.

The three-day Jakarta trip organised by the Malaysna Palm Oil Board (MPOB), was organised to get a first-hand experience on how Indonesia has been able to introduce the B20 with minimal glitches.

During the trip, the Malaysian delegates were briefed on the implementation of B20 in Indonesia by top officials from the Ministry of Energy and Mineral Resources; a meeting with Industry Development Compartment of the Association of Indonesia Automotive Industries (GAIKINDO) officials and a site visit to Pertamina B20 terminal at Tanjung Priok, Jakarta.

This comes as no surprise as currently, Indonesia is the leading producer of palm oil in the world with over four million oil palm farmers directly benefiting from the government’s initiative.

Surprisingly, the Indonesian public has given their full support to their government to implement the B20.

“We are 100 per cent behind this government initiatives and so far, there is no side effect on our trucks running on B20 except that some companies have installed additional water filter to their trucks.

“Warranties (for B20) are given to all our trucks,” said chairman of the Indonesian Trucking Association Drs Gemilang Tarigan.

He added that currently, there are some six million trucks plying Indonesia roads which are using B20.

Prior to its implementation, the Indonesian government has done a comprehensive studies on B20 on its commercial vehicles for three years.

“Based on its finding, which was based on few models after 40,000km on the roads, there was no side effect on the vehicles tested,” said Abdul Rachim, the secretary of GAIKINDO during their meeting.

What was crucial was that the studies showed only positive results that is good for the Indonesian Government, for the environment as well as the oil palm farmers.

“Our studies is also verified by the Japanese automotive experts and we are very happy to show then result of our finding based statistics with all of you,” he reiterated.

These results propelled the Indonesian government to hasten plans to implement B25 by 2020 and perhaps even B30 by 2025.

“We are not duly worried about the truck makers because they must build their vehicles to suit our needs and not vice versa,” Abdul Rachim reiterated.

And with the implementation of the B20, the Indonesian oil company Pertamina has been distributing the B20 product to almost 90 per cent of the Indonesia market.

Then remaining 10 per cent are for special cases such as for the military and those who are living in faraway islands throughout Indonesia.

“And of course, neat diesel is also still available at selected stations for premium private vehicles which are still bonded by warranties,” quipped Abdul Rachim.

From the Malaysian perspective, Malaysian Palm Oil Board (MPOB), as a leading Government agency to implement biodiesel in the country, has introduced B7 on the Malaysian market since 2015.

According to MPOB principal research officer Dr Harrison Lau Lik Nang, the government plans to introduce B15 by 2020.

“The Indonesian experience showed that B10 should be acceptable in our Malaysian market as diesel quality and engine types in both countries are the same.

“We are not rushing into B15 yet as we want to implement it in stages, so that all stakeholders will be duly aware of what is going on.

“This is because the more biodiesel we use, and the cleaner will our environment be.

“Surely, we do not want to be left behind by the Indonesians in terms of environment and greater reliance on biodiesel which, in turn will also benefit our oil palm farmers,” said Lau.

However, both the Malaysian Truckers’ Federation (MTF), formerly known as Pan-Malaysia Lorry Owners’ Association and Association of Malaysian Hauliers (AMH) cautioned that the implementation of B15 should not be rushed as the stakeholders would bear the brunt if the B15 has negative impact on modern trucks which are now used in the country.

“We have invested millions in our trucks, surely we want to make sure that there will be nothing wrong with them in the long run,” said MTF president Anthony Tan Boon Siong.

Tan’s view was fully supported by AMH president Nazari Akhbar, who said that container trucks are as expensive, and thus, would emphasize on the need to observe the warranty which these trucks are bonded to.

“Unless the government can give us the guarantee that our trucks will not be dully affected by B10 or B15 in the long run, we will continue to voice our concerns to safeguard the logistic industry in Malaysia.

“We hope that MPOB could organise a roundtable discussion between us and vehicle dealers in Malaysia to resolve issues on engine warranties,” said Nazari.

And what also worry the truckers is the fact that the Malaysian Government has still not come up with a blue print for the implementation of biodiesel beyond 2020.

Thus, they hoped that the government will come up with a clear blueprint that will benefit all stakeholders in the long run which will not only benefit the current generation but for the future generation as well.