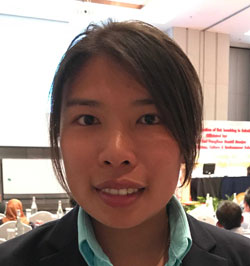 In a comparison made between 2009 and 2014, Choo said more sites had been impacted by fish bombing and the severity of the impact had also increased in the southern reefs.

“More than 50 per cent of the reefs are impacted badly, namely in the high and very high categories, by fish bombing activities,” she said in her presentation during the Sabah Anti-Fish Bombing Symposium here yesterday.

The two-day symposium, themed ‘Elimination of fish bombing in Sabah: Review, Progress and Needs’, was organized by the Sabah Anti-Fish Bombing Task Force.

Meanwhile, Choo said 45 per cent of the northern reefs at Semporna PCA was impacted by fish bombing activities at high and medium level in 2014.

“But there are less sites impacted by fish bombing compared from 2009 to 2014.

“However, the most severe human impact to the northern reefs is the trash or general human waste, especially Palang-Palang site from Bum Bum island, where the local inhabitants live adjacent to the reef,” she said.

Choo said there were two places in Sabah with high concentration of coral reefs, namely the Tun Mustapha Park in Kudat and Semporna PCA.

On efforts to stop fish bombing, she said WWF-Malaysia had engaged local communities to carry out co-patrolling, such as the patrol carried out by Banggi Youth Club in Maliangin Islands.

Another effort implemented by WWF-Malaysia is to provide alternative livelihood, like the eco farm project at Kampung Batu Sireh, Balambangan and handicraft making by Wanita Pulau Omadal (WAPO), as well as awareness activities in schools and anti-fish bombing roadshows.

To eradicate fish bombing, WWF-Malaysia urged the establishment of regional, national and local task forces to promote cooperation; intensify awareness about marine environment among the public; list certain components used to make fish bombs as controlled items; identify the root causes that drive people to use fish bombs and work to alleviate them, including alternative livelihood programmes and empowerment to adopt sustainable fishing practices; review the legislation including identifying the legislative used to combat fish bombing activities and increase penalties, among others.