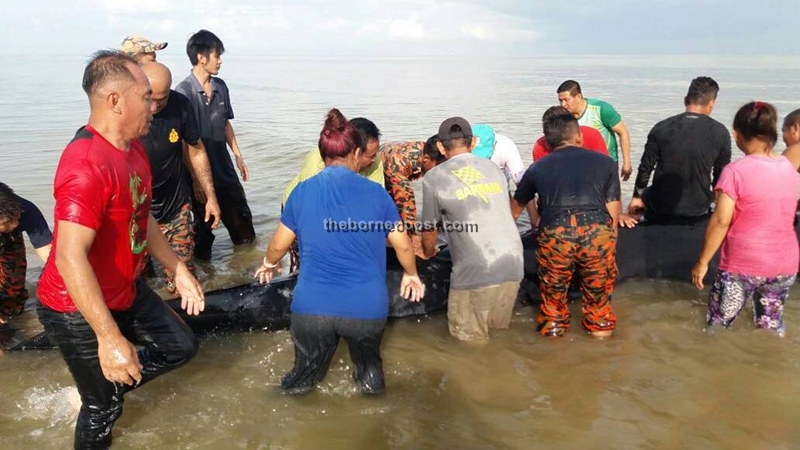 Villagers and firemen helping to ease the whale slowly back into deeper waters. 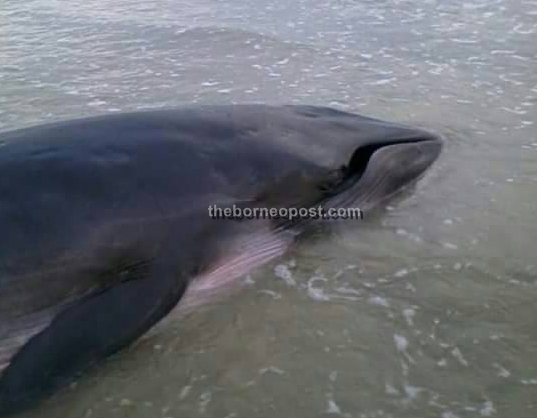 The whale was found beached by villagers of nearby Kampung Siwak Bakam at the head of the Siwak River.

MIRI: A whale that beached itself at the head of the Siwak River had a bit of help getting back to the ocean, thanks to nearby villagers and Fire and Rescue Department (Bomba) personnel.

According to a preliminary report from Bomba, an alert was received regarding the beached whale at about 7am today from the villagers of Kampung Siwak Bakam, about 20km away from Miri.

A team of five firemen was dispatched to the scene, and with the help of the men and women of the village managed to slowly push the whale back into deeper water, where it later swam away towards the ocean.

The species of the beached whale remains unclear, but it is estimated to be about 10m in length from photos.

Villagers and firemen giving the beached whale a final push before it swims away. Video courtesy of Bomba