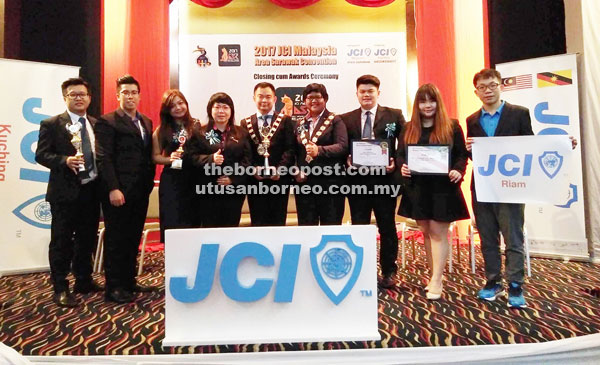 MIRI: Junior Chamber International (JCI) Riam won three awards during the JCI Area Sarawak Convention which was held at a hotel in Kuching from May 18 to 21.

According to JCI Riam chapter president Petrus Gerard Young, a total of 10 JCI Riam members took part in the convention which was hosted by JCI Kuching this year.

“Various activities were conducted during the convention, such as debates and a public speaking competition, skills training and a motivation course.

“JCI is an international community of young active citizens aged between 18 to 40-years-old who share the belief that in order to create positive change, we must take collective action to improve ourselves and the world around us,” Petrus said.

He added that through engaging in activities ranging from community development to international projects, members demonstrate their social responsibility and improve themselves through participation, leadership and action.