Tuesday, January 25
You are at:Home»News»Sarawak»New lease of life for woman, bedridden hubby 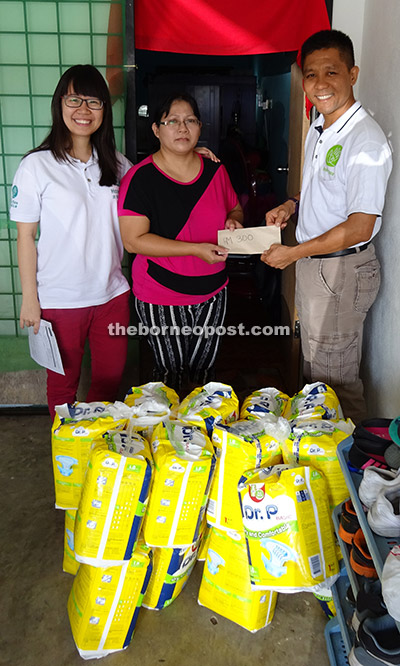 KUCHING: Miri Old Folks Home is helping ease the burden of a women caring for her bedridden husband by offering her a job and a place for her husband to stay for free.

Jong Lan Hiong has been taking care of her spouse George Foo from Siburan who was brain damaged as a result of a road accident in August 2016.

The Founder of Hope Place Kelvin Wan in a press statement said after George and his wife’s condition was published in a local newspaper it received the attention of Miri Old Folk Home.

Kelvin thanked the Home for giving Jong a job with a salary of RM1,500 saying her family would hopefully lead a better life.

“George needs 24-hour attention as he had to be fed by tube every three hours and he needs physical therapy to exercise his hands and legs every two hours and to bath daily,” he said.

He added that only Jong could provide such care as George’s parents and siblings had passed away.

Kelvin also revealed that the Welfare Department also provided a monthly allowance of RM300 to George.

“Jong and George have three children and two are still studying.

“The family will move to Miri after the Gawai festival and all their travelling expenses will be paid by the generous public,” said Kelvin.