Tuesday, July 5
You are at:Home»World»Putin urges end to ‘harmful chatter’ over Russian meddling 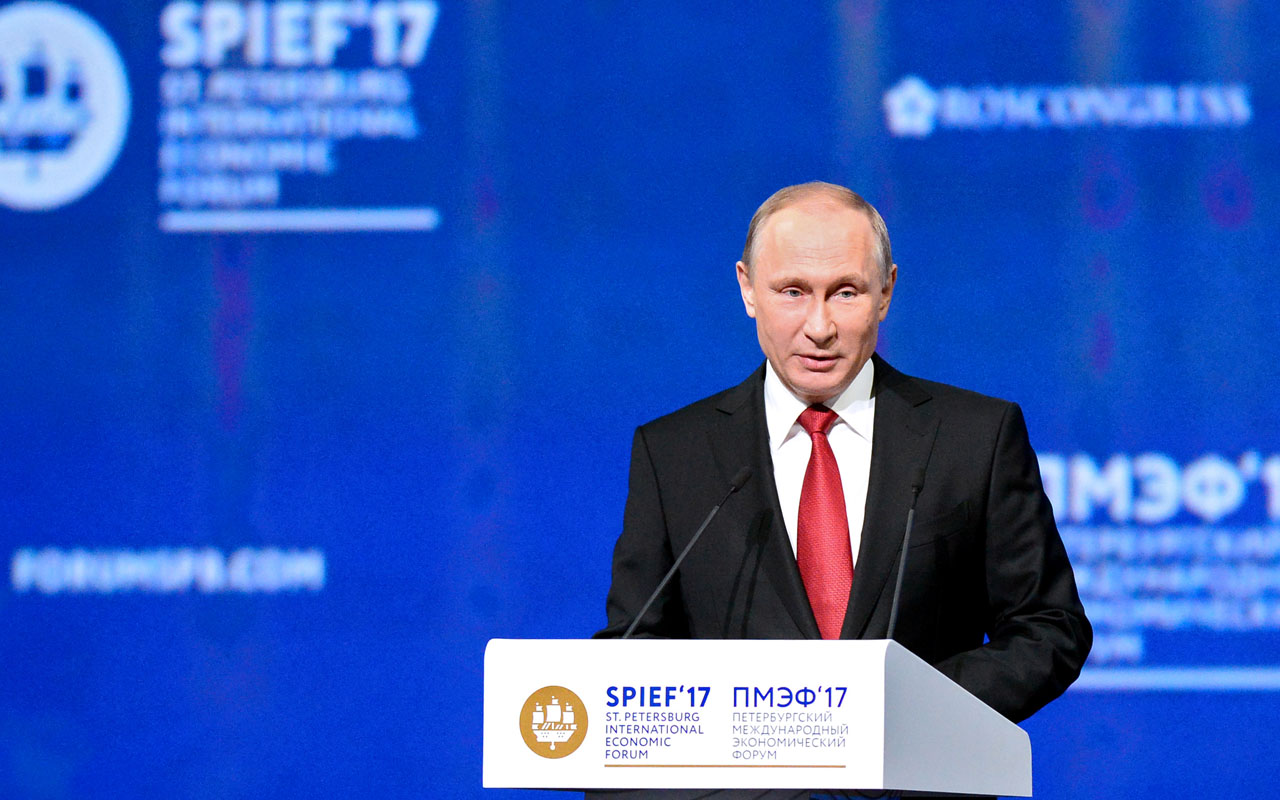 Russian President Vladimir Putin on Friday called for an end to allegations that Moscow meddled in the US election, as he tried to highlight a fragile economic recovery.

The Kremlin strongman launched a blistering attack on accusations he said were baseless that Moscow was behind a hacking and influence campaign aimed at getting Donald Trump elected.

“This is a transferral, I repeat, of internal political squabbling in the United States onto the international arena,” Putin said.

“It is harmful, it damages international relations and the world economy and security issues and the fight with terrorism.”

US intelligence has accused Putin of ordering a hacking and influence campaign to tilt last year’s election in Trump’s favour, after the billionaire pledged to boost ties with Moscow.

But Trump has failed to make good on Russian hopes that he will restore relations as a series of probes into potential collusion between his camp and Moscow have made the issue politically toxic.

Putin said that the allegations against Moscow “reminds me of anti-Semitism. The Jews are blamed for everything”. He also rubbished claims the Kremlin had struck secret deals with Trump’s team.

Russia’s relations with the West have slumped to their lowest point since the end of the Cold War due to the crisis in Ukraine and differences over Syria.

The West has slapped economic sanctions on Moscow, while Russia has responded with its own punitive measures.

At a meeting with US business leaders earlier Putin urged them to help Moscow establish a dialogue with Trump, as ties remains deadlocked amid probes into possible collusion.

“Help us to set up a normal political dialogues,” Putin said.

“I ask you on behalf of Russia and appeal to the Americans: help the newly-elected president as well.”

– ‘New phase of expansion’ –
While much of the discussion in Saint Petersburg was dominated by politics Putin also attempted to burnish Russia’s economic prospects as it inches its way out of the longest recession in two decades sparked by a slump in oil prices and Western sanctions over Ukraine.

“The economy has entered a new phase of expansion,” Putin said.

Putin pointed to the third successive quarter of growth in the economy and said that the level of foreign investment had climbed to a three-year high despite ties with the West hitting their lowest ebb since the Cold War ended.

While Putin sounded bullish, analysts say that Russia’s growth remains fragile and the creaking economy is in serious need of major reforms if it is to avoid long-term stagnation.

Putin repeated calls for bolstering the country’s business climate and cleaning up the judiciary, but critics say the Kremlin leader has failed to make good in the past on pledges to make serious changes. -AFP

Previous ArticleDutch teacher wins ‘night at the museum’ dream prize
Next Article Who will suffer the most from US climate exit?