Saturday, January 28
You are at:Home»World»Singapore PM says sorry for family feud
For the freshest news, join The Borneo Post's Telegram Channel and The Borneo Post on Newswav. 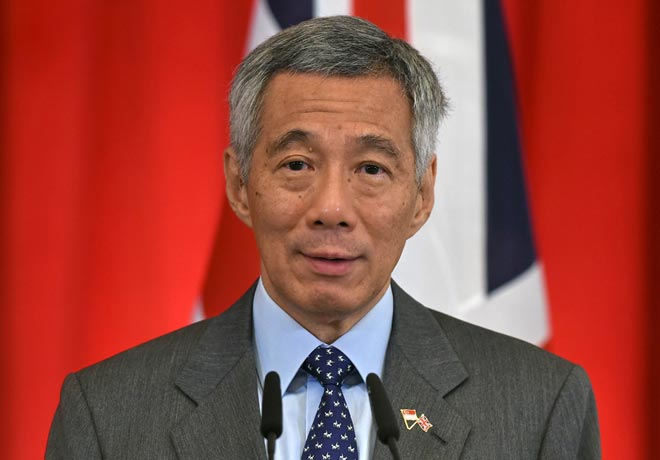 SINGAPORE: Prime Minister Lee Hsien Loong apologised to Singaporeans on Monday for a bitter family feud over his late father’s legacy, saying it had damaged the country’s reputation.

Lee and two younger children of revered founding leader Lee Kuan Yew have been attacking each other on Facebook and international media for days as a dispute over the patriarch’s estate became public, a spectacle that has shocked Singaporeans.

“I deeply regret that this dispute has affected Singapore?s reputation and Singaporeans? confidence in the government,” Lee said in a statement he read in a pre-taped video aired by national broadcaster Mediacorp.

“As your Prime Minister, I apologise to you for this.

“And as the eldest of the siblings, it grieves me to think of the anguish that this would have caused our parents if they were still alive.”

The Lees are the closest thing Singapore has to royalty, dominating the now wealthy island’s politics for nearly six decades.

The patriarch served as prime minister from 1959 to 1990, and the current leader has been in power since 2004. The city-state has had only one other prime minister, Goh Chok Tong.

The row burst into the open last Wednesday, when the prime minister’s sister Wei Ling and younger brother Hsien Yang released a statement accusing him of misusing his power and trying to milk their father?s legacy for political gains.

The row largely centres around a clause in Lee’s final will, which stated that the old family home should be demolished after his death.

Lee Kuan Yew, who was known for frugality, was opposed to the emergence of a personality cult after his death. He feared the house would become a monument, with strangers walking through the family’s private quarters.

The sparsely furnished five-bedroom house in Oxley Road was built in the late 19th century in what used to be a plantation district, and gained value as Singapore became urbanised and prosperous.

A property agent told AFP it is likely to be worth at least Sg$24 million ($14.5 million) now.

Wei Ling and Hsien Yang say the current prime minister is attempting to block the house’s demolition to exploit their father’s legacy, including grooming his own son to be a third-generation leader.

The property hosted many of the early meetings of the People’s Action Party which has governed Singapore since 1959.

Premier Lee has denied the accusations. He claims the demolition clause was hastily added to his father’s final will under dubious circumstances, after being deleted in two previous versions.

A cabinet committee is considering what should happen to the property but the prime minister says he is not involved in any decisions about the house.

“Much as I would like to move on, and end a most unhappy experience for Singaporeans, these baseless accusations against the government cannot be left unanswered,” the premier said.

He said he would address all questions on the matter when parliament sits again on July 3.

Lee Kuan Yew died at the age of 91 in March 2015, triggering an outpouring of grief across the city-state which he transformed into one of the world’s richest societies while muzzling the media and quelling dissent.

Political opponents and dissidents have been hit with financially ruinous defamation lawsuits.

The family row, played out on social media, has riveted the nation of 5.6 million, whose citizens are unused to open disagreement among the political elite. – AFP