Thursday, January 20
You are at:Home»Sports»Athletics»‘Flying Dayak’ all set for track comeback 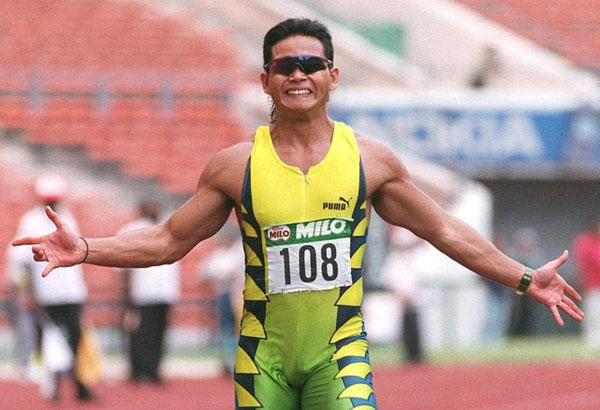 KUCHING: Sarawak fans will get to see former national sprinter Watson Nyambek in action as the ‘Flying Dayak’ will make his comeback to the track in the 31st Malaysian International Open Masters Athletics Championships (MIOMAC) at Sarawak Stadium on July 22-23.

It is about 10 years since he hung up his spikes and this time around he will be competing with veteran athletes from countries like India, Sri Lanka, Singapore, Hong Kong, Brunei, Indonesia and Malaysia (Peninsular Malaysia, Sabah and Sarawak).

“This will be the first time that Sarawak is hosting this Masters championship which will provide excitement with Watson, who used to hold the national record of 10.30s for almost 10 years and other athletes from other countries like India, Indonesia or Peninsular Malaysia are involved.

“He is now 41 years old and raring to go after hanging up his spikes about 10 years ago.

“We expect more than 100 athletes from Sarawak. The number of athletes has not been confirmed as the closing date for entries is extended to June 30,” he added.

According to Ahmad Rodzi, 20 categories of different age groups would be competed, with Sarawak athletes competing under the state banner for the first time.

“The championship which is also a social type of sports gathering will provide excitement as local fans can see former greats like Watson in action who will be running in the youngest 40 and above category.

“It is a meet where former athletes gather and share their experiences relating to their past glories,” said Rodzi.

Watson was the 100m record holder of 10.30s set in 1998 which he held for 18 years until Melaka sprinter Khairul Hafiz Jantan managed to break the record with a 10.18s at the 18th Sukma here last year.

Watson broke a 29-year old national record set by Dr Mani Jegathesan with a time of 10.46s in 1995, went to two Olympics in Atlanta 1996  and Sydney 2000 and won a silver medal in the Asian Track and Field meet and this is the highest achievement set by one of the greatest Malaysian sprinters of all time.

Among the athletes who will be taking part in the championship are former Malaysian track and field stars like javelin great and Asian Games champion Nashatar Singh Sindhu, long distance ace M Ramakishnan and discus thrower Danapal Naidu.

Other well known former state athletes include Goh Fung Seng who will take part in the 65-70 category in the 100m, 200m and long jump while Watson, who will be taking part in the 40-44 category, will race in the century sprint and the 4x100m relay.

As for the Sarawak women, the notable former state athlete is Lai Sze Kiuk who will be competing  in the 100m and long jump.