Tuesday, December 7
You are at:Home»News»Sarawak»Wan Junaidi: Indonesia keeping to pledge over cross-border haze 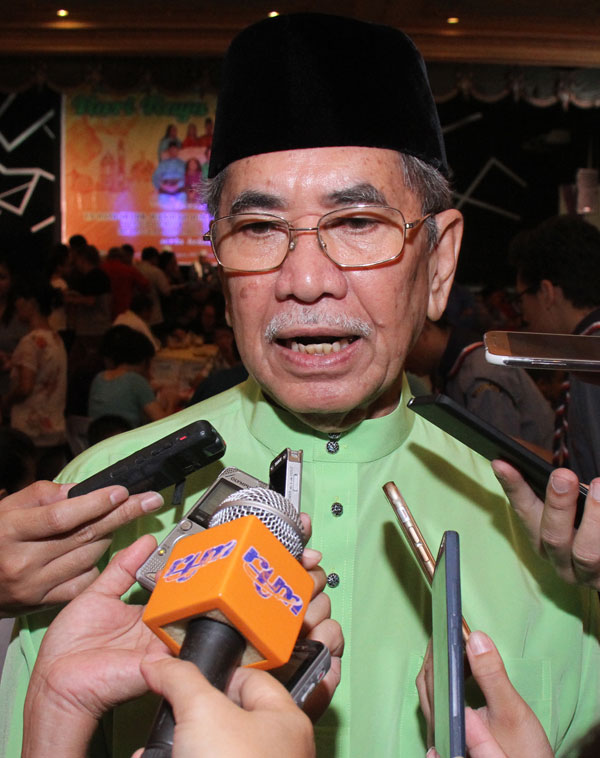 KUCHING: Indonesia has adopted systematic measures to address the cross-border haze that affects Southeast Asia, in keeping with its assurance to ensure an end to the problem by 2020, said Natural Resources and Environment Minister Datuk Seri Dr Wan Junaidi Tuanku Jaafar.

He said he had held numerous discussions with the Indonesian authorities from the provincial to the national level on the matter.

The Indonesian government had also signed an agreement on a Transboundary Haze-Free Asean by 2020, convinced that it can address the problem by that year, Wan Junaidi said to reporters at his Aidilfitri open house here Sunday.

Transboundary haze pollution arising from land and forest fires, mainly in Indonesia, over the past two decades have had social, economic and environmental impacts in the Asean region.

It had also set up a department to coordinate the task of extinguishing the forest fires and established a monitoring centre in Jakarta to provide information on forest fires, he said.

He also said that Indonesia had withdrawn over 2,000 concessions for oil palm cultivation on peat soil which, it is believed, could trigger forest-clearing fires in that country.

Wan Junaidi said he had also met representatives of Indonesian plantation associations to discuss how to address the haze problem.

The minister said that last year, a plantation company from Sarawak was also found to have engaged in open burning in Indonesia.

He advised plantation entrepreneurs, especially those managing oil palm plantations in the state, to refrain from engaging in open burning.

Wan Junaidi said he had instructed enforcement departments and agencies to take the necessary regulatory measures to curb open burning in the dry season.

“We do not want a repeat of what happened in the oil palm plantation in Baram last year that can cause severe haze in the state,” he said.

He said he had also ordered a stop to open burning in peninsular Malaysia in view of the approach of the dry season. — Bernama