Thursday, April 15
You are at:Home»Business»CPO price to average at RM2,650 despite EU barrier 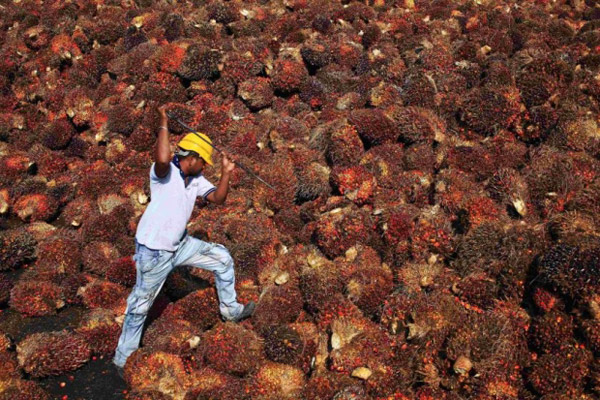 Negative factors to the sector include a possible drop in demand for palm oil from the world’s two most populated countries, China and India.

The firm in a strategy report yesterday maintained its neutral call for plantations, citing catalysts to the sector would be a severe El Nino, which would throw production forecasts for palm oil and soybean out of the window.

“CPO production is expected to pick up further in 2H as oil palm trees move towards the high productivity season,” it said in the report yesterday. “Peak output is expected to take place in either September or October 2017.

“In 2016, Malaysia achieved the highest CPO production level in September,” it observed, adding that the second half of the year usually accounts for 55 to 60 per cent of full-year CPO production.

AmInvestment Bank remained neutral on the plantation sector as there was a balance between positive and negative factors.

“The positive factors include soybean and soybean oil prices bottoming out,” it explained. “We believe that the downside for soybean prices is limited as the 14.3 per cent decline in soybean prices since the peak in January 2017 has already reflected the risk of a glut.

“In addition, the latest demand and supply forecasts for soybean by the US Department of Agriculture (USDA) are not bearish. The USDA has forecast global soybean production to fall by one per cent to 344.68 million tonnes in 2017F/2018F and world soybean inventory to ease by 1.5 per cent to 88.8 million tonnes.”

Another boon comes in the form of short-term softness in CPO production, as seasonal reasons and the fasting month are expected to result in palm oil production softening in Malaysia and Indonesia in May and June 2017.

This is expected to support CPO prices as palm inventory may not reach the critical level of two million tonnes in Malaysia immediately, AmInvestment Bank said.

“We expect CPO output to resume its upward trend from July or August 2017 onwards.”

Meanwhile, negative factors to the sector include a possible drop in demand for palm oil from the world’s two most populated countries, China and India.

“We believe that China has re-stocked sufficient palm oil reserves. Also, demand is usually weaker during the winter season. Hence, China’s palm purchases may ease in 2H2017 compared with 1H2017,” it opined.

India’s demand is weak as reflected in the 36.2 per cent year on year fall in Malaysia’s palm exports to the country in the first four months of 2017.

“However if CPO prices fall further, Indian buyers may return into the market. In April 2017, traders in India indicated that demand is soft as there is not much difference between CPO price and soybean oil price.”

Also, the European Union’s non-trade barriers against palm oil are a long-term concern.

If there is a ban on palm-based biodiesel in the EU, AmInvestment Bank said biodiesel producers would have to use rapeseed and soybean as feedstock for biodiesel. This is expected to result in a shortfall of rapeseed or soybean oil for the food industry.

EU lawmakers plan to pass the law on a single certification scheme for palm oil and ban on palm-based biodiesel by year 2020.