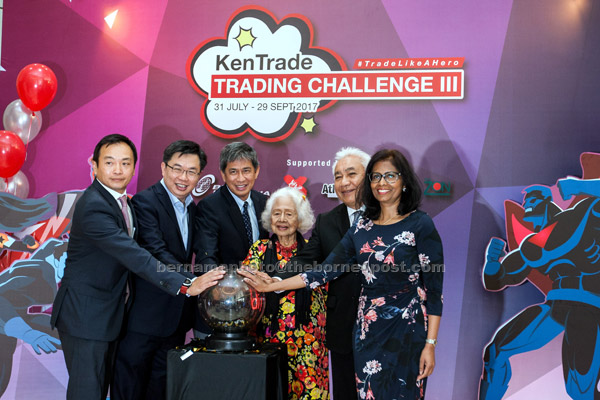 KUALA LUMPUR: Bursa Malaysia, which has been steadily picking up in the first half of 2017 due to strong economic fundamentals, will likely continue the momentum  in the second half of the year.

Its Chief Executive Officer, Datuk Seri Tajuddin Atan, said the exchange was confident more investors would come in and the number of initial public offerings (IPOs) would increase, and one of them would be independent power producer, Edra Power Holdings Sdn Bhd, which would list soon.

“Last year, our market was a little bit slow. However, this year as the global economy improves we see more IPOs coming in and the market seems to perform much better,” he told reporters at the launch of Kenanga Trade Trading Challenge yesterday.

He said Bursa Malaysia expected not just IPOs but also secondary listings to come in.

“This is in line with analysts’ expectation that the local bourse is currently going through some positive developments, leading to strong fund flow,” he said.

It was reported that the foreign buying has stretched to 18 weeks.

Net purchase registered a cumulative of RM10.39 billion so far this year, offsetting approximately 35 per cent of the total cumulative net outflow recorded in 2014 to 2016.

As an extension of the virtual challenge from the past two seasons, this third season introduces for the first time, a Grand Challenge round, where a total of RM1 million real cash has been set aside for the finalist to trade live, and walk away with up to 50 per cent of the gains made. — Bernama