Sunday, September 26
You are at:Home»News»Sarawak»Rabies outbreak spreads to two more areas in Sarawak 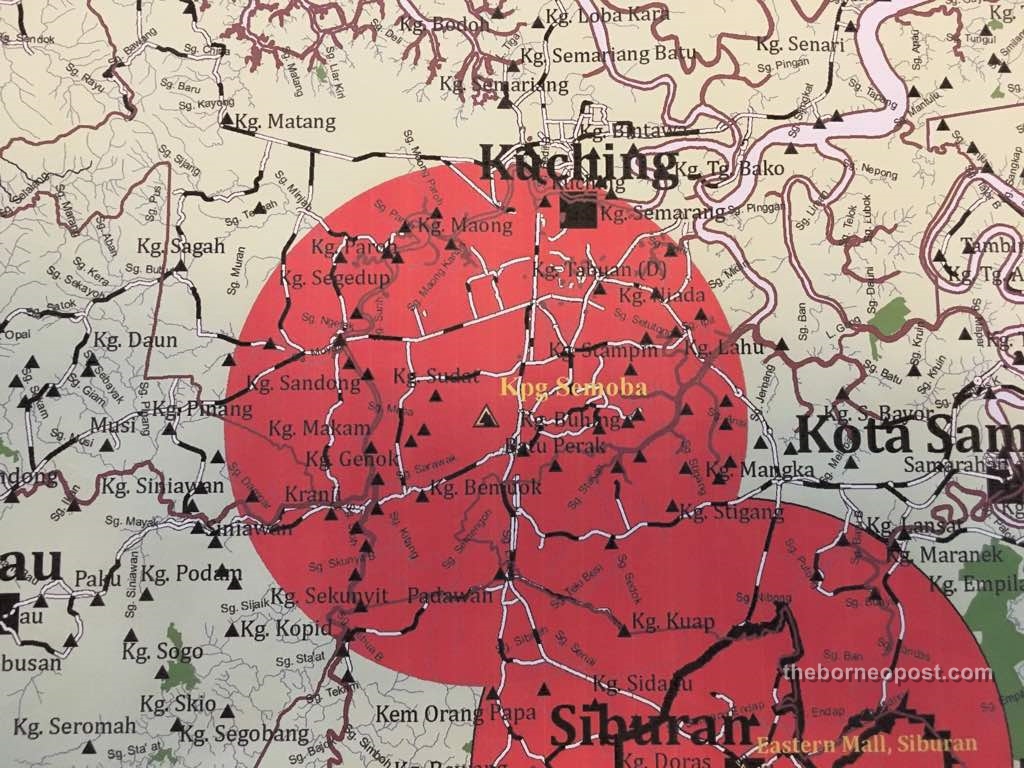 The location of the infected area in Semeba.

A statement issued by the Sarawak Disaster Management Committee at 8.30am said the declaration had to be done due to positive rabies cases involving dogs in those areas.

“Therefore, the people in those areas are required to keep their pet dogs in their house compounds to avoid letting them stray around outside and risk getting infected,” said the statement.

So far, 20 areas in Sarawak have already been declared rabies-infected, with 16 such areas in Serian district, two in Tebedu and one in Kuching.

It was learnt that a vaccination exercise on pets was carried out at the newly declared areas since this morning.

The people of Kampung Semeba, located within the infected area, were informed of this news during this morning’s church service, while those in Entubuh were informed about the matter yesterday evening.

The rabies outbreak has so far resulted in the deaths of four children aged four to seven years old from Serian.