Friday, May 20
You are at:Home»News»Sarawak»Miri Cultural and Heritage Museum to open early 2018 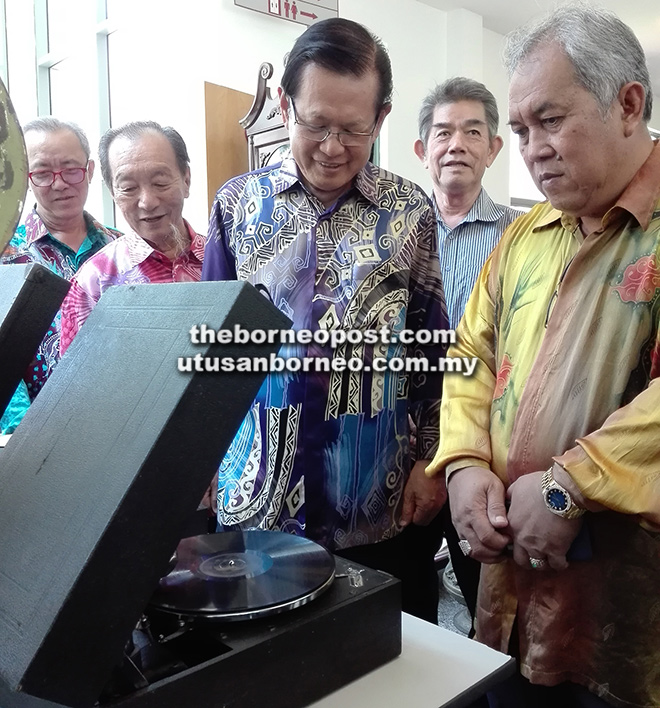 Lee (second right) and others enjoying the sound of English oldies being played on an antique gramophone at the exhibition.

MIRI: The Miri Cultural and Heritage Museum —the first community-based museum in the city—is expected to open its doors to visitors by early next year.

Assistant Minister of Tourism, Arts and Culture Datuk Lee Kim Shin said the current effort to convert the old Miri Resident Office into a museum is still in progress.

“A total of RM450,000 has been allocated for building renovation works, giving attention to the interior.

“It is because we wanted to ensure all the historic artefacts contributed by the various communities throughout Miri Division will be in good condition while kept in the museum later,” he said when officiating at the Cultural Antique Arts Exhibition at Pustaka Miri yesterday.

Lee, who is Senadin assemblyman, said further renovation works on the building would be conducted in stages.

He said the first part of the museum would be open to members of the public the latest by early next year.

He added he is looking forward to the completion of the renovation works, which he believes will further enhance the tourism value and attraction of the Resort City.

He pointed out the museum will showcase the culture of the people in the state as most of the ethnic groups in the state can be found in Miri Division. 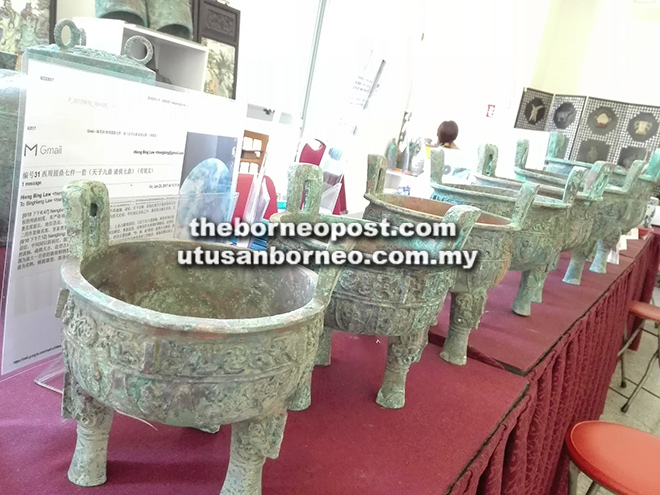 A collection of antique copperware from the Qing Dynasty is also exhibited at the Cultural Antique Arts Exhibition.

On the exhibition, he gave his total support to the cultural arts event  organised by Federation of Guang Dong Community Association Sarawak, in collaboration with Pustaka Miri.

“By looking at these antique cultural arts collections, the people are actually learning about the culture of other people.

“These antique collections actually are telling you the history of civilisation of particular communities from various countries.”

On this concern, he reminded people who have such antiques, which they inherited or which were passed down from generation to generation, on the need to keep such items in good condition.

“Some people might think certain items kept by their forefathers, such as copperwares, are junk. But to antique collectors, these items are valuable assets. Thus if you have such antique items, you are welcome to contribute the items to the museum for public exhibit.”