Tuesday, December 7
You are at:Home»News»Sarawak»‘Forest fires in Aceh: No cause for alarm’ 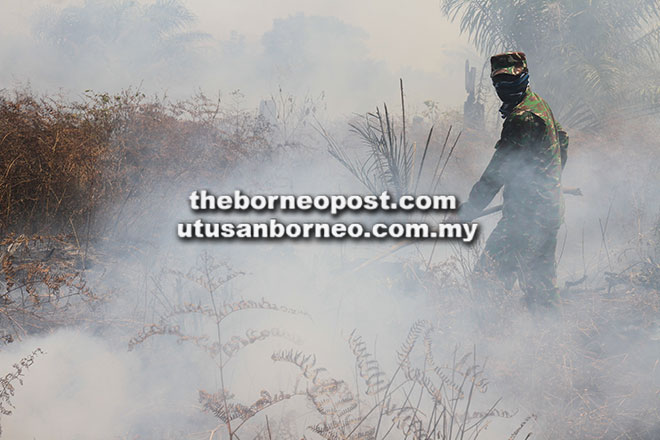 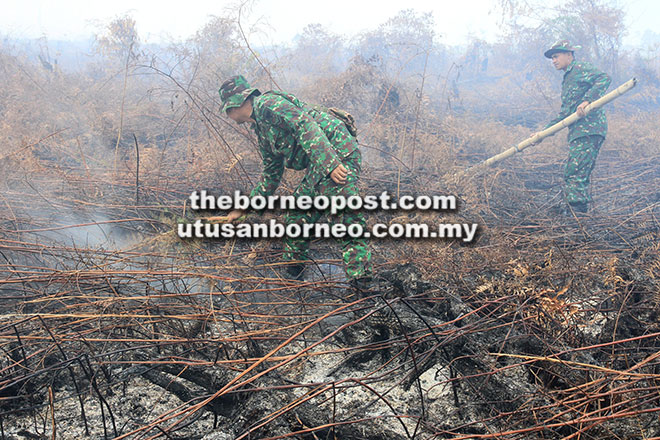 Indonesian soldiers making sure the fire in totally out in a peat land area in Suak Raya village, West Aceh province, Indonesia. 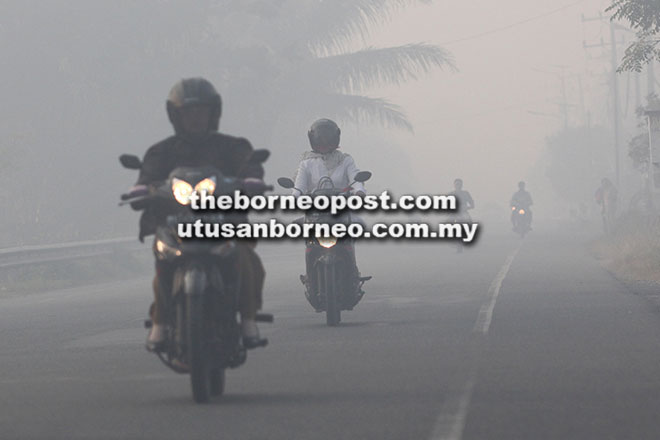 Based on an expert opinion, he said, from past experiences South West wind from northern Sumatra would blow to Penang and Thailand.

The Southern Sumatran wind also blows to Singapore and Johore, he added yesterday.

“We should be worried of Borneon fires instead,” said Uggah while referring to past forest fire incidents in Kalimantan Barat, Indonesia.

“From previous records, no trans boundary smoke from Sumatra crossed over to Sarawak but mostly from Kalimantan (Barat). However we are monitoring it (effect of Aceh forest fire),” Peter said yesterday.

“JPBN will make all the necessary policy and strategy to deal with emergencies, including the haze but until the situation warrants it. NREB is also monitoring the situation in Aceh closely and that of local open burning,” Peter said.

“Transboundary haze are also being dealt at Sosek Malindo forum and Asean Ministerial Sub-Committee headed by Federal NREB,” he added.

On Tuesday evening Jakarta Post reported that a major forest fire had occurred in Acheh and that relevant authorities in Kalimantan Barat had got four fire fighting or water bombing helicopters to counter fire spread, ready.

Smoke rose from burnt peatland at an oil palm plantation in Riau, according to Antara/FB Anggoro on Tuesday.

According to data from the National Disaster Mitigation Agency (BNPB), Johan Pahlawan district was the most affected district with 19 hectares of peat land reportedly burning while the Arongan Lambalek and Meureubo districts each recorded 15 hectares of burning land.

The BNPB, in collaboration with the police, the military and the National Search and Rescue Agency (Basarnas), have intensified efforts to control the fire and haze, Sutopo said.

“Challenges include difficulty in accessing the locations of the fires, a lack of firefighting vehicles and equipment, as well as a lack of water sources near the fire spots,” he said.

According to data collected by Meteorology, Climatology and Geophysics Agency (BMKG) Aqua and Terra satellites and a National Institute of Aeronautics and Space (Lapan) SNNP satellite, 170 hotspots were detected across Indonesia, 35 of which were in Aceh.