Thursday, April 15
You are at:Home»Business»Further selling pressure on Alam Maritim despite CDRC extension 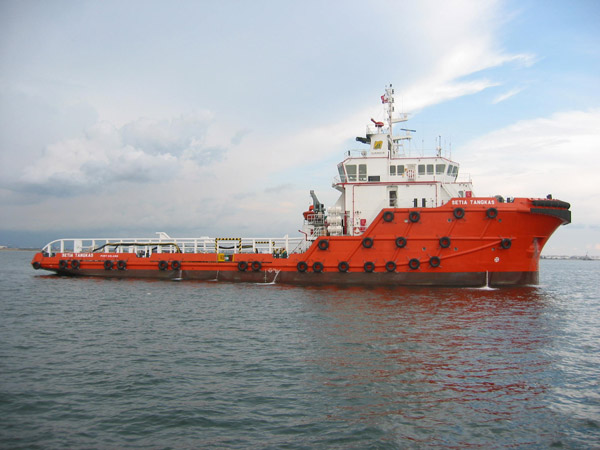 Alam Maritim has another sukuk principal repayment of RM45 million due by January 2018.

KUCHING: With no reprieve for Alam Maritim Resources Bhd’s (Ala Maritim) near-term tepid outlook, analysts anticipate further selling pressure on the stock despite an extension granted by Corporate Debt Restructuring Committee (CDRC) to submit a proposed restructuring scheme by August 11, 2017.

In a filing on Bursa Malaysia, Alam Maritim’s board of directors revealed that upon request by the company and subsidiaries, joint-venture companies and associated companies, CDRC has granted an extension of time for the affected companies to submit the proposed restructuring scheme (PRS) up to August 11.

Should the group fail to submit its new scheme by then, Kenanga Investment Bank Bhd’s research arm (Kenanga Research) did not discount the possibility of the company following the footsteps of Perisai Petroleum Teknologi Bhd (Perisai) and Swiber, whereby a winding up petition might be filed by sukuk holders/financiers.

According to Kenanga Research, Alam Maritim has another sukuk principal repayment of RM45 million due by January 2018.

The research arm said as of the first quarter of 2017 (1Q17), Alam Maritim has cash and bank balances of RM37.5 million and the sinking fund set aside has been reduced to RM11.7 million from RM28.4 million as of 4Q16.

“Going forward, we expect weak cash flows from operations to sustain given that Alam is aiming to register revenue of between RM200 million to RM300 million backed by an order-book of RM390 million,” it said.

Kenanga Research highlighted that the offshore support vessel (OSV) segment is expected to stay challenging this year given that the market is still flooded with idle newer vessels. As such, the research arm did not foresee a strong recovery in charter rates in the near term.

“With no reprieve in the near-term outlook, we expect further selling pressure on the stock,” it said. Thus, Kenanga Research maintained its ‘underperform’ call with lower target price of RM0.08 per share from RM0.15 per share previously.