Tuesday, December 7
You are at:Home»News»Sarawak»Second dead finless porpoise washes up at beach in a month 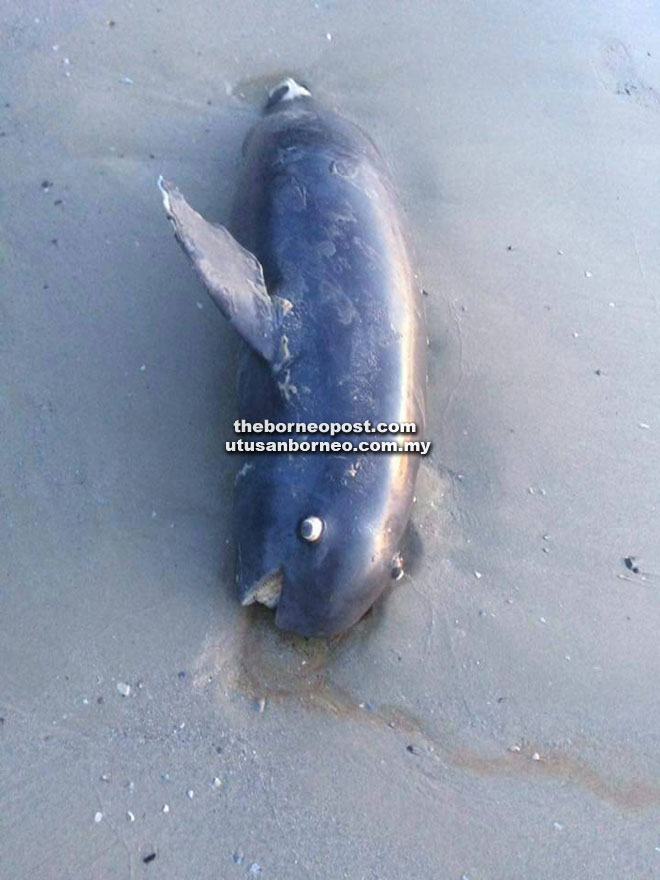 The carcass of the finless porpoise at Tanjong Lobang beach.

The discovery of the mammal was made by a member of the public.

Malaysian Nature Society (MNS) branch chairperson Iqbal Abdollah rushed to the scene after he was informed of the matter.

Iqbal, in a statement yesterday, said the female mammal, measuring about 110cm, was believed to have had its tail cut off by fishermen.

“Its tail was cut when it was entangled in the fishermen’s fishing nets. Its side fins also suggests that the mammal was trapped in a net.

“The carcass of the porpoise looked fresh, therefore I believe that the cause of death was drowning during the entanglement and cutting of the tail,” he said.