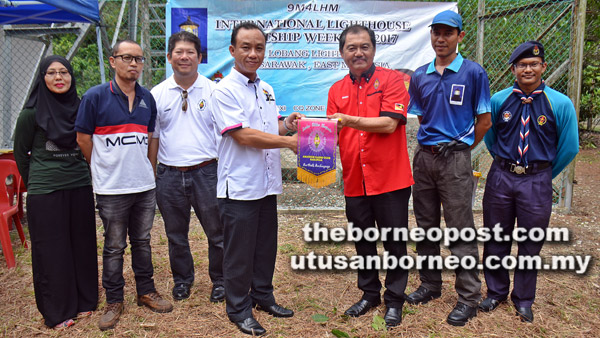 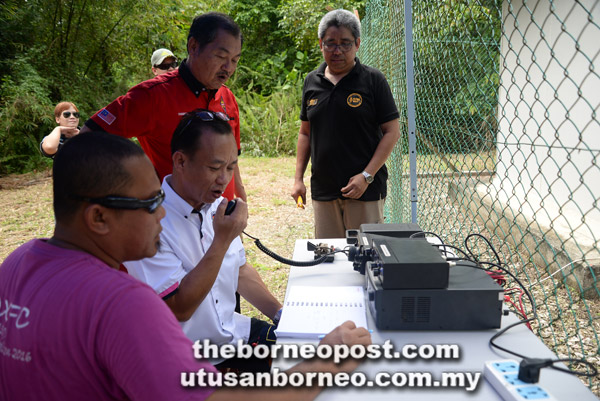 Dr Julyus having a conversation with other amateur stations through a HF (high frequency) radio transmitter.

MIRI: The International Lighthouse and Lightship Weekend (ILLW) is being observed for the fifth time at Tanjung Lobang Lighthouse since yesterday (Aug 19).

The event, to create greater public awareness on the importance of lighthouses in communication, was co-ordinated by Malaysian Amateur Radio Transmitters’ Society (MARTS), Marine Department and Malaysian Communication and Multimedia Commission (MCMC).

“ILLW is an annual event held on the third weekend of August each year. For this year it is being held on Aug 19 and 20. This is the fifth year the event is held at this lighthouse.

Tanjung Lobang Lighthouse, built in the 1930s is rich in history. It is also the site of the Japanese landing in Sarawak during the Second World War on Dec 16, 1941, nine days after the bombing of Pearl Harbour.

The original lighthouse was built by the British and was destroyed during the Japanese invasion. The lighthouse was subsequently rebuilt and is still active until today.

“I urge ARCS to extend this event to many other lighthouses across the state in years to come. Through such event, we hope to encourage more people to learn more about the role of lighthouses and amateur radio especially among the younger generation,” he added.

The basic format of the event is that a local amateur radio club will set up a radio station either in, or near to, a lighthouse. They will then operate from that station over the whole or part of the weekend.  The goal is to contact other amateur stations, particularly those operating from other lighthouses.

In conjunction with the event, ARCS, which is a MARTS-affiliated member, together with MCMC, also held a talk on ‘Introduction to Amateur Radio’ for students of Kolej Tuanku Haji Bujang and SM Sains Miri.

Visiting public are invited to watch the operators and even use the equipment under supervision when visiting the lighthouse. For more information, please contact Iqbal at 019-8416185. 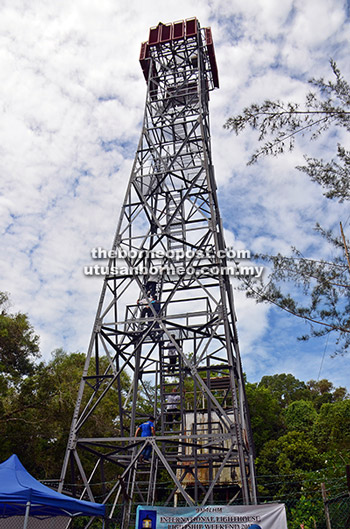 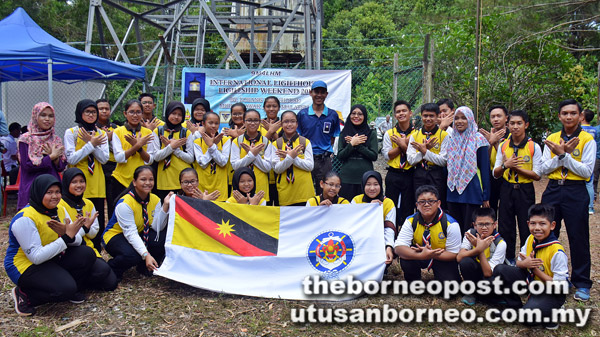 Iqbal (rear) with students from SM Sains Miri during a photocall in front of the lighthouse.