Tuesday, November 24
You are at:Home»News»Sarawak»‘State govt to work with property owners in promoting Siniawan Night Market’ 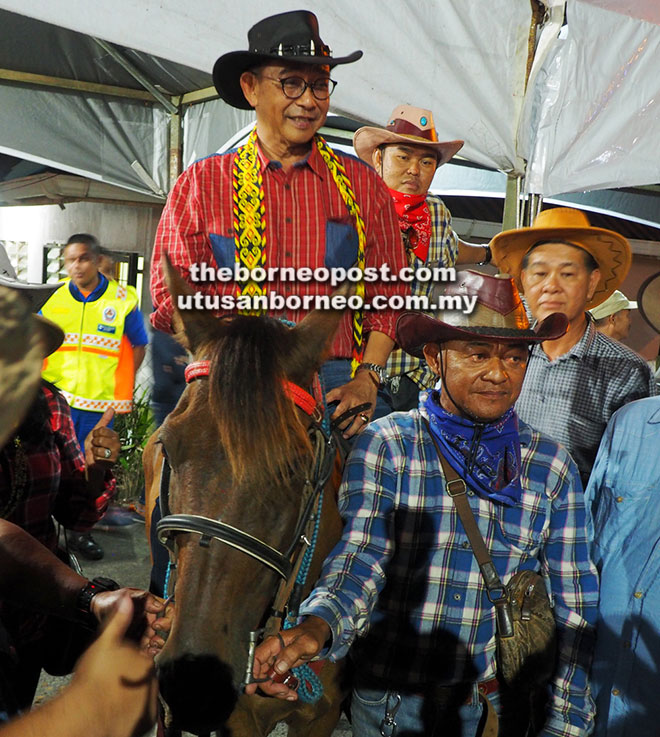 Abdul Karim rides a horse at the launch of the festival. — Photo by Chai Boon Tart

BAU: The state government will collaborate with property owners in promoting Siniawan Night Market as a cultural heritage tourist attraction.

He said the government could serve as the backbone to provide assistance to property owners at the night market with an ultimate aim of preserving the two rows of old shop houses. 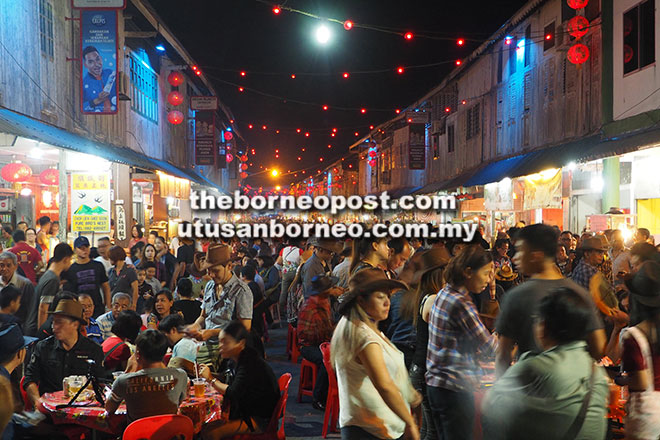 Abdul Karim appealed to property owners of the night market to keep renovation at a minimum level in order to preserve the original structure of the shop houses.

He felt that too much use of modern building materials might diminish the historical appearance of the structures.

He was so deeply impressed by the huge crowd that night that he thought the popularity of Siniawan Night Market could match that of the Kuching Festival Food Fair.

He said the night market had opened his eyes because the old town seemed to have now a new image unlike what he had seen years ago.

“I remember driving past Siniawan old town during day time many years ago, but I have no particular memory of this old town,” he added. 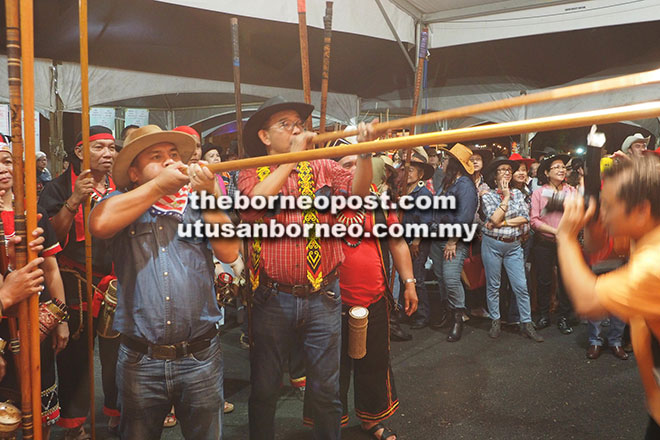 Abdul Karim (second left) and Miro (left) show their skills with blowpipes at the festival.

At the function, Abdul Karim pledged a RM20,000 government grant for the Siniawan Night Market Committee to carry out its annual activities.

He hoped that the committee would host a major festival every year apart from keeping the night market going.