Saturday, September 18
You are at:Home»Business»Economy to sustain growth momentum in second half 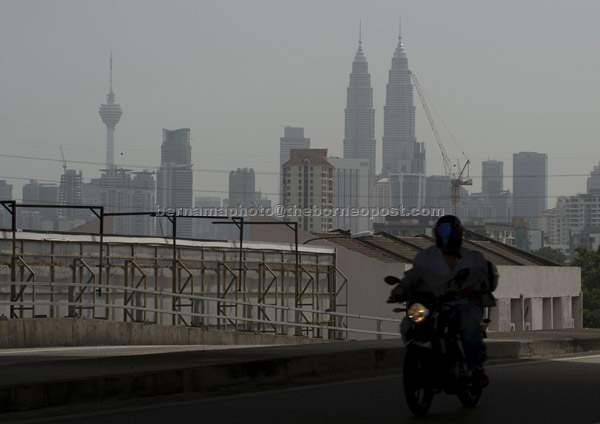 Johari said several steps would need to be taken in respect of the economy, including continuing to address issues such as inclusiveness, governance and sustainable economic development. — Bernama photo

He said the government had not revised the 2017 Gross Domestic Products (GDP) from the original forecast of 4.3 per cent to 4.8 per cent, but based on the growth of 5.6 per cent and 5.8 per cent recorded for the first and second quarters, the forecast could be surpassed.

“Growth in the first half of 2017 was driven by private consumption and private investments on the demand side. On the supply side, the thrust was by the services construction and manufacturing sectors.

“The Malaysian economy is very resilient at this point of time. Despite being impacted by external factors, the economy was still able to register good growth compared to other countries in the region by ensuring its sustainability,” he told reporters after officiating the International Directors Summit yesterday.

Johari said several steps would need to be taken in respect of the economy, including continuing to address issues such as inclusiveness, governance and sustainable economic development.

“Investments in public infrastructure is also very important to enhance inclusiveness, as otherwise, those living in rural and suburban areas would not benefit from the economic development,” he added.

He said issues affecting the world could emerge in a short period of time, and the Malaysian economy was not impervious to its aftereffects, as seen in the previous economic crisis.

He said Malaysia had been facing prolonged volatility in commodity prices, resulting in revenue loss of RM36 billion due to falling oil prices, but economic growth remained sustainable, as the economy was quite diversified.

On the ringgit, he said it had stabilised, following the government’s move to ask exporters to convert foreign currency to it, and restrict financial institutions from engaging with the offshore non-deliverable forwards market, among others.

Johari said, moving forward, there was a need to remain alert as factors affecting the ringgit remained, such as the uncertainties surrounding the US interest rate, China’s economic growth and commodity prices. — Bernama