Sunday, September 19
You are at:Home»News»Sarawak»Vietnamese-operated vessels seized with 5,000kg of fish 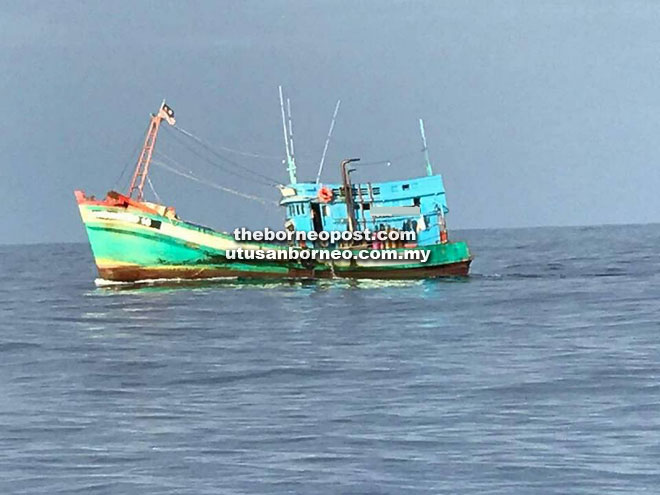 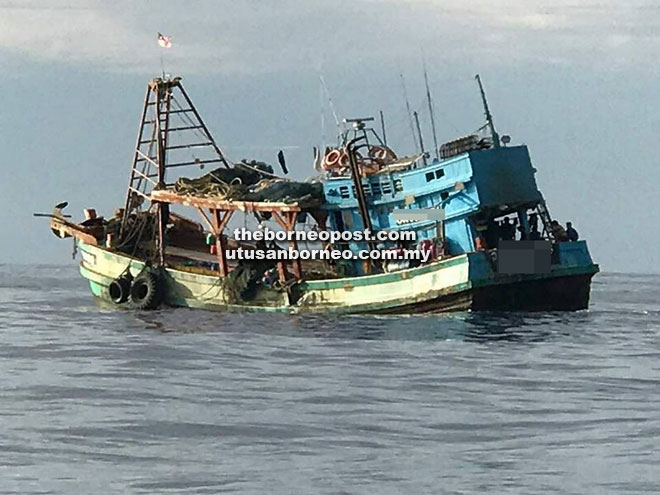 The two vessels (above and below) caught by MMEA Miri.

“An MMEA enforcement team detained 24 Vietnamese nationals, comprising the two captains and crew members, who are aged between 21 and 39,” he said yesterday, adding both vessels bore local registration numbers.

The two vessels and its crew were later brought to the MMEA depot at Kampung Pulau Melayu here for further investigation.

He said reports by local fishermen to the association last month showed that there were indeed illegal fishing activities here.

“The fishing community here wishes to thank the relevant authorities, including the state government, for their concern towards the interest of the fishermen, “ he said.