Monday, May 16
You are at:Home»News»Sarawak»Body of unknown man found in pond 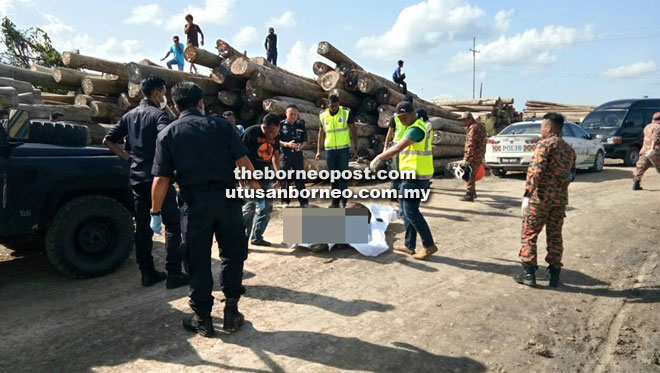 Police personnel preparing to transport the body to the mortuary.

LIMBANG: The decomposing body of an unidentified man was found floating in a pond near Kampung Tegarai, here on Tuesday afternoon.

District police chief Supt Mohd Bukhori Saffai said the deceased, believed to be in his 40s, was found around 2.10pm clad in a T-shirt and jeans.

“A wallet recovered from the rear pocket of his jeans contained RM510 in cash but no personal identification documents,” he said yesterday.

Mohd Bukhori said the man was believed to have been dead for at least three days, adding that no physical injuries were found on the body. The case had been classified as sudden death.