Thursday, August 18
You are at:Home»News»Sarawak»Memorial service at Heroes Memorial Park attended by 72 veterans 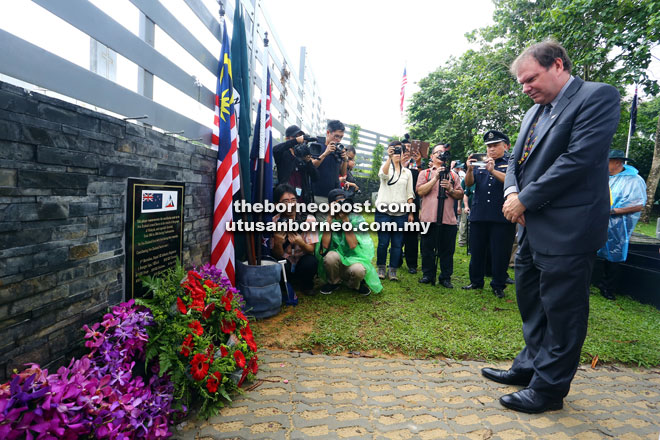 Subritzky observes a moment of silence after laying a wreath on the newly-installed commemorative plaque. — Photos by Muhd Rais Sanusi 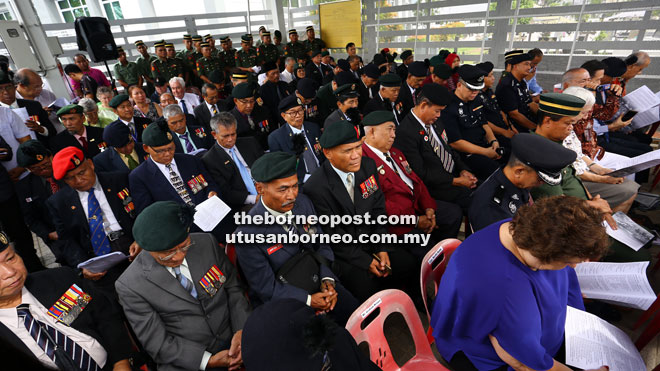 Locally-based veterans turn up in full force at the ceremony. 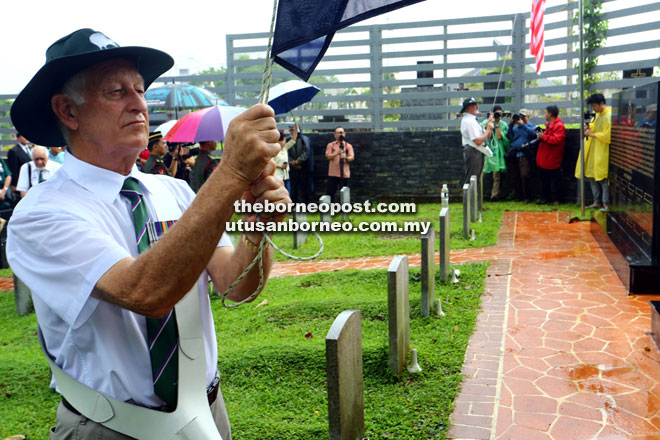 Veterans lower the New Zealand and Malaysian flags near the end of the ceremony.

A total of 27 veterans returned to Malaysia to remember their time spent here on duty, and to witness the unveiling of the commemorative plaque by New Zealand High Commissioner to Malaysia Dr John Subritzky.

In his speech, Subritzky said it was easy for those not directly involved with the Emergency and the Indonesian Confrontation to forget how difficult and challenging those campaigns were.

“I just want to acknowledge the sacrifices that were made during those conflicts. The veterans who are here today are living embodiment of one of the crucial foundations of this special relationship between New Zealand with Malaysia and Sarawak,” he said.

He added that the remains of the New Zealand soldiers buried in Malaysia would soon be repatriated with the honour and dignity that they deserved.

NZMVA senior vice president William Russell, 78, later told reporters that New Zealand lost 37 soldiers in Taiping and at the Thai border. None of those deployed to Sarawak were killed.

As it was the New Zealand government’s policy not to bring bodies home, there were also casualties of the Vietnam War buried in Melaka, he revealed.

“Australia’s already done that (repatriated their soldiers). We have not started yet. I understand it’ll be early next year. There are lots of protocols to follow. You don’t just get a spade and dig.”

There will be a lot of sensitive negotiations with the next-of-kin once they are tracked down, Russell pointed out, adding that there might not even be anyone alive to remember them.

“Maybe two generations have passed, and the next-of-kin don’t know the man buried in Taiping. It’s a complicated process,” he said, adding that he was glad it was not going to be him making these decisions.

Russell, who served in the First Battalion, Royal New Zealand Infantry Regiment (1RNZIR) in Melaka, said it is an honour and a privilege to have the commemorative plaque here because it is something that their grandchildren can visit.

It was the first time that they placed such a plaque anywhere, Russell added, saying that there is not even one in New Zealand, as Operation Claret was conducted under a cloak of secrecy that many back home had no idea that it happened.

Under the command of Colonel RM Gurr, 1RNZIR was deployed to Borneo in May 1965 to relieve a Gurkha battalion in Sarawak. It went on to inflict substantial losses on the enemy without suffering any fatalities of their own.

Russell himself did not end up serving in Sarawak – he went to the Thai border instead. He was a signaller, tasked with carrying a 5kg radio and large batteries, in addition to his soldier pack.

“This plaque was presented by the NZMVA, an army from 1955 to about 1968 when New Zealand had troops in Taiping, Melaka and Borneo. All of the veterans are getting old. The youngest among us is 72, and the oldest is 82. There are no more ‘new veterans’ because there’s no more fighting,” Russell said.

He added that the some 5,000 veterans who are still alive are aged between 70 and 80 – many are passing on at a rate of about five per week.