Thursday, April 15
You are at:Home»Business»Five ports to be enhanced under alliance 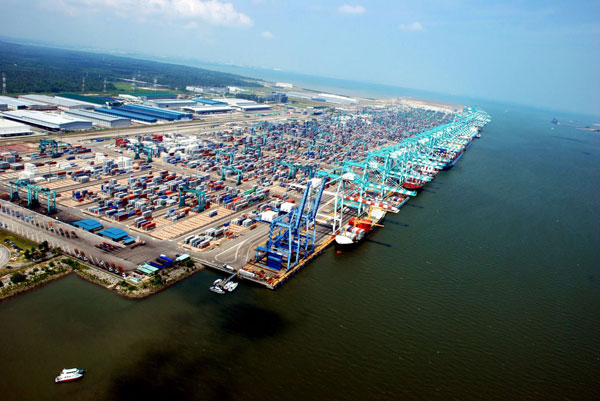 Malaysia will be putting forward a few initiatives such as assisting Malaysian ports to emerge as leading entities in the Asean region, since the country was the earliest supporter of China’s One Belt and One Road initiative.

The ports, namely Jing Tang Port and Tianjin Port (China) and the Kemaman, Sabah and Kuching Ports will now be part of the alliance, aimed at enhancing cooperation in various disciplines.

It includes port studies, training and apprenticeship, technical assistance, exchange of information and traffic development, as well as the promotion of trade services between ports.

“China has the best ports in the world and this cooperation will pave the way for a brighter future for both countries in leveraging on the people’s potential and resources,” he said after officiating the one-day 2nd China-Malaysia Port Alliance Annual Meeting at the Kuala Lumpur Convention Centre yesterday.

Liow said the objective of the port alliance is also to facilitate trade using ports in Malaysia and China as the gateway.

“In an effort to link Malaysian and Chinese businesses, logistics players will have to expand their ventures into both countries,” he added.

He said currently, Malaysian authorities are expanding key ports, mainly Port Klang to facilitate an anticipated increase in the number of vessels in the future.

“The ministry is also planning to open the Melaka Gateway for use by cruise ships as their docking destination as well as maintenance services.

Currently, only Penang Port has the facilities for this,” he added.

Meanwhile, at the meeting, Liow said Malaysia will be putting forward a few initiatives such as assisting Malaysian ports to emerge as leading entities in the ASEAN region, since the country was the earliest supporter of China’s One Belt and One Road initiative.

“The initiative will without doubt open new frontiers and provide opportunities for both countries in terms of the logistics sector,” he said.

China has been Malaysia’s largest trading partner since 2009 and with the new Belt and Road initiative announced in 2013, the economy of the region is expected to further grow.