Saturday, September 18
You are at:Home»News»Sarawak»MMEA vows to make waters off Miri free from foreign fishermen 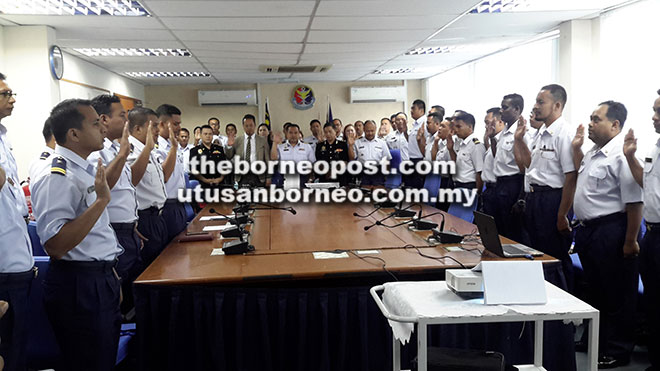 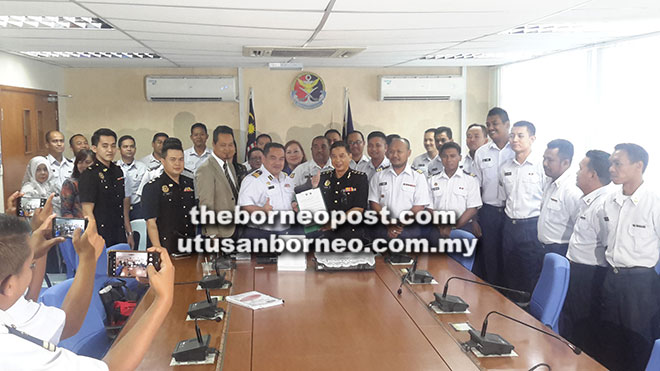 Mohamad (fourth left) hands over the signed pledge to Othman while others look on.

MMEA chief here, Captain Mohamad Fauzi Othman, believed locals were behind the presence of these foreign fishermen, but vowed to clamp down hard on them to make waters off Miri free from foreign fishermen.

Mohamad went on to say that those foreign fishermen were very smart and would try to outdo the enforcement agency by disposing of evidence such as fishing nets.

He added that the detained Vietnamese fishermen had been brought to court and charged accordingly while the vessels  were detained at the MMEA jetty in Kampung Pulau Melayu, here.