Saturday, September 18
You are at:Home»News»Sarawak»Wong: Sarawak must catch up in digital economy 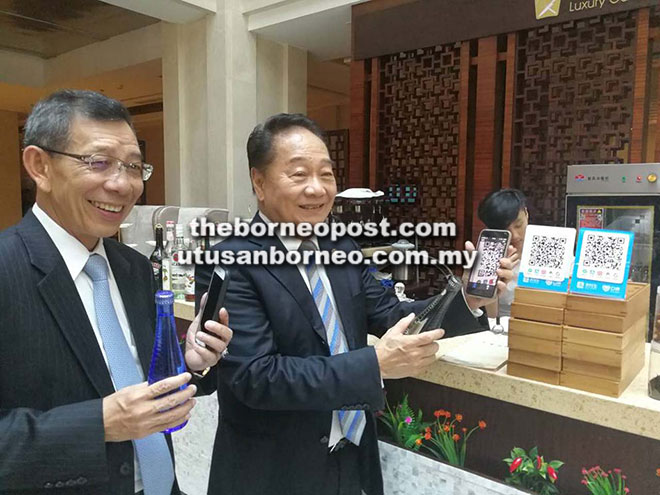 Wong (right) and Ismawi having their first try at the cashless payment in Beijing. 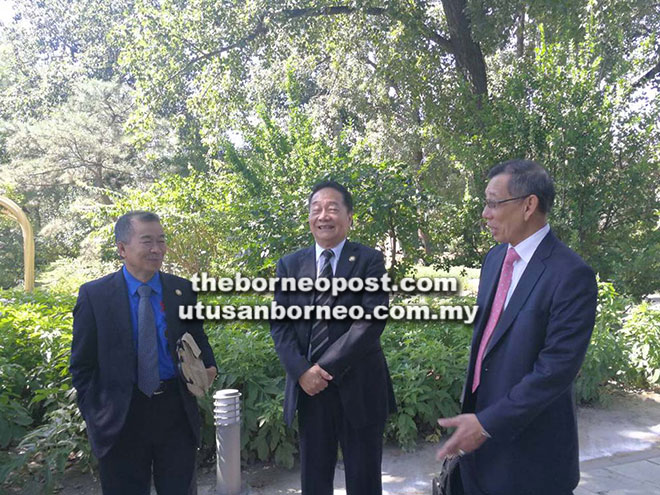 Wong (centre), together with Assistant Minister of E-Commerce Datuk Mohd Naroden Majais (left) and Ismawi tour a park in Beijing. 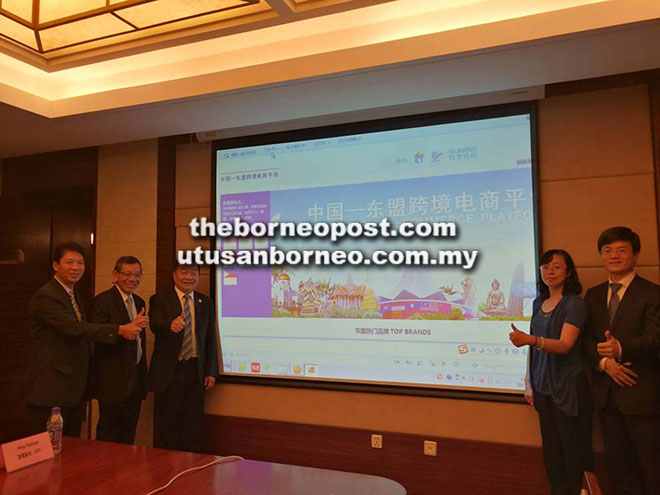 Wong, who is also Second Finance Minister, said Sarawak would lag far behind if it did not catch up with the rest of the world in digital economy.

Quoting Singapore Prime Minister Lee Hsien Loong, he said if Singapore did not do the necessary to implement e-commerce, its cabinet members and people in general would end up being ‘country bumpkin’.

Wong is in the midst of meeting several influential e-commerce industry leaders and players in China with the hope of fostering closer rapport between China and Sarawak as well as for mutual benefits in terms of trade and investment.

He has also acquired better understanding on the ‘China-Asean platform’ (eshopasean.com) to figure out how to enable Sarawakian traders to expand their business to the mainland Chinese market.

“The China-Asean platform aims at keeping consumers in China informed of various unique products offered by Asean countries. As at March this year, seven of nine Asean member states have been trading through the platform, offering as many as 940 products.”

Wong believed the platform would provide an opportunity for entrepreneurs to venture into e-commerce.

He added that his ministry would look into China’s requirements to pave the way for Sarawakian farmers to export their produce to the mainland Chinese market.

Wong said he was satisfied with the outcome of the ongoing working trip so far because both sides had reached a certain level of understanding for future collaboration.

China Council for the Promotion of International Trade (CCPIT) is the oldest trade body in China that helps to develop business cooperation and exchanges with foreign countries.

Wong said his ministry would work closely with China in the near future to organise seminars and forums on e-commerce and trade to unearth opportunities for collaboration.

According to him, it should not be a problem to implement a cashless payment system in Sarawak.

He added there was room for in-depth study and understanding on cashless payment so that both regions could later work on making the advanced system work in Sarawak.