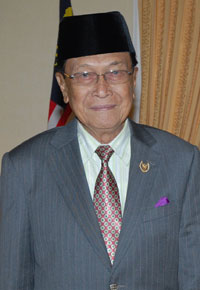 Adenan, who passed away on Jan 11 due to heart complications, was Sarawak’s fifth chief minister from March 1, 2014 until the day of his death.

He is best remembered for speaking up for Sarawak’s autonomy and the 53 actions and initiatives taken by him in the two years as chief minister .

The late Adenan had also led Barisan Nasional (BN) to a landslide victory in the 2016 state election  in which the state government won 72 out of the 82 seats.

Former head of state Tun Datuk Patinggi Abang Muhammand Salahuddin is also honoured with the SBS. The Sibu-born, now 96 years old, was installed as the third Yang Di-Pertua Negeri in 1977 and remained in office till 1981 and was reappointed to head the state  from 2001 to 2014.

The investiture ceremony is expected to be held today after the parade and rally for the Yang Di-Pertua Negeri’s birthday celebrations.