Sunday, September 19
You are at:Home»World»Special children treated to Paint the World concert 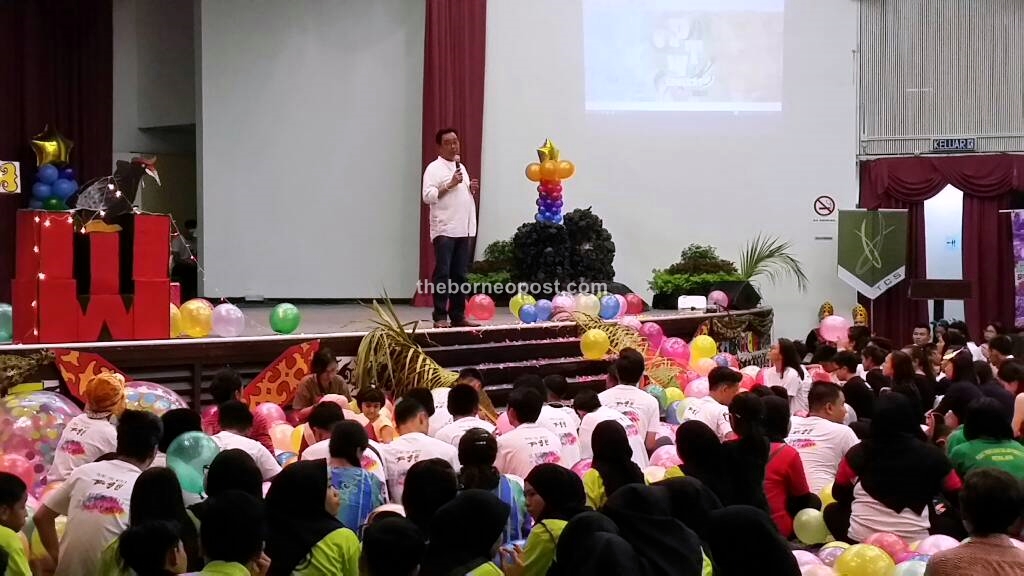 Abdul Karim addressing the crowd of youths at the launch of the concert at Civic Centre.

The children are from the Sarawak Association for the Welfare of Intellectually Disabled Children (Perkata), Kuching Autistic Association, Dyslexia Association of Sarawak, Baiturrahmah Hidayah Centre and state Welfare Department.

The half-day event, which took place at Civic Centre here attracted a crowd of some 1,000 individuals.

“This programme is for the youths. We want to unite the youths through charity,” PTW Malaysia founder Aziza Aznizan said.

Minister of Tourism, Arts, Culture, Youth and Sports Datuk Abdul Karim Rahman Hamzah, who officiated at the opening of the event, said he had always wanted to be part of a programme like the PTW concert.

“I sent my assistant minister to Kuala Lumpur for the Matta Fair just because I want to be here for this concert,” he enthused.

Abdul Karim lauded the organiser for bringing back the concert to the state for a third time in the hope of cheering up the less fortunate.

He hoped that more Sarawakian youths would emulate Aziza to play a role in helping to preserve a caring society in the state of Sarawak.