Sunday, September 19
You are at:Home»News»Sarawak»‘Govt in process of getting all lodging houses registered’ 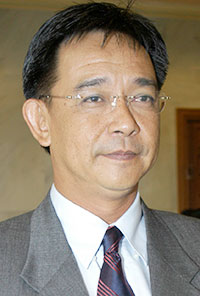 KUCHING: The government is in the process of getting all lodging houses registered following the implementation of the Tourism Tax effective Sept 1.

Minister of Tourism, Arts, Culture, Youth and Sports Datuk Abdul Karim Rahman Hamzah said “a lot of them (lodging houses) now are not registered” but they are taxable under the new law.

“Any lodging houses that are registered are taxable; budget hotels included. I was made to understand that it’s across (the board).

“But a lot of them now are not registered, so that is why there is not much problem now. But then I do know that the exercise to get them registered is going on,” he said when met by journalists after launching the Paint The World (PTW) concert 2017 at the Civic Centre here yesterday.

Abdul Karim feared that new problems might crop up during the exercise to register all lodging houses.

“Because if you want to register small and budget hotels, you have to comply with a lot of requirements, especially by Bomba (Fire and Rescue Services Department). That’s where the new problems will come about,” he pointed out.

“But on acceptance of the tax, there seems to be no problem. This is a law which has already been passed in Parliament. It is well accepted, the way I see it. It’s just the mechanism of it,” he added.

He opined that this needed “to be tightened up”.

“We will do it discreetly behind the scenes that we are asking for more. And yes, it has to be one-third or more,” added Abdul Karim.

Despite the proposal, Putrajaya in July announced that Sarawak and Sabah would be receiving only RM1 for every RM10 collected from the Tourism Tax.