Sunday, September 26
You are at:Home»News»Sarawak»KWJF to be staged annually — Abdul Karim 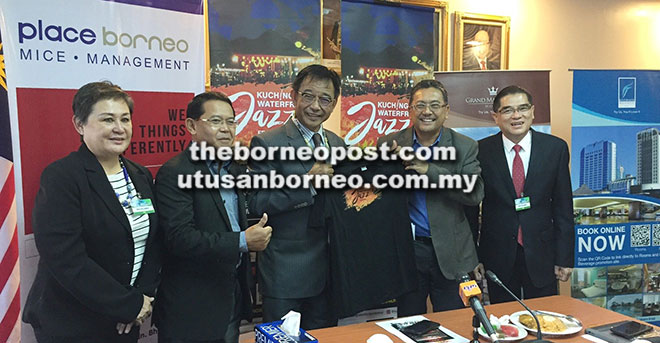 KUCHING: The Kuching Waterfront Jazz Festival (KWJF) is set to become an annual event in the state starting this year.

This was revealed by Tourism, Arts, Culture, Youth and Sports Minister Datuk Abdul Karim Rahman Hamzah who pointed out that Sarawak will now boast two jazz music festivals in a year, in Miri (Jazz Borneo) and Kuching.

“We have the Jazz Borneo festival which is held in May in Miri and now the KWJF in Kuching. Maybe after this we can identify whether the KWJF should be held in September or October for next year’s festival,” he told a press conference at his office in the Baitulmakmur Complex here yesterday.

The inaugural KWJF will be held at Kuching Waterfront near Grand Margherita Hotel on Sept 29 and 30.

Festival organisers will also be sponsoring three non-governmental organisations (NGO) namely the Sarawak Society for the Prevention of Cruelty to Animals (SSPCA), Heart Treasures and Ten Ringgit Club with KWJF booths to help create awareness and support of the respective charity’s mission and objectives.

“The festival also hopes to serve as a platform to inspire and nurture local music talents and at the same time raise awareness among tourists, particularly jazz music lovers, about Kuching,” Abdul Karim said.