Saturday, September 18
You are at:Home»Business»Lazada Malaysia aims to attract 50,000 merchants into platform 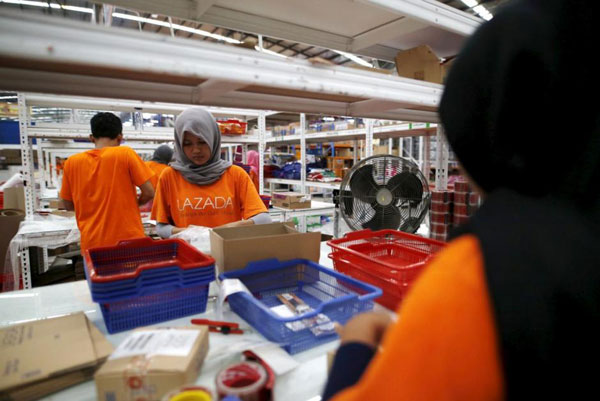 KUALA LUMPUR: Leading e-commerce platform, Lazada Malaysia, has launched its #EveryoneCanSell programme, which aimed to attract over 50,000 merchants into its platform by end-2018.

Its chief executive officer, Hans Peter Ressel, said the group, which currently has over 19,000 merchants, aimed to attract more small and medium entrepreneurs (SMEs) onto the platform through the consolidated programme.

“We know that to attract 50,000 merchants is a very ambitious target, but together with all the parties involved, we believe that we have the right package to attract and educate the merchants by providing them with the right solution and the right tools,” he said after the launch of the programme by International Trade and Industry (MITI) Deputy Minister, Datuk Ahmad Maslan, here yesterday.

Ressel said the end-to-end integrated e-commerce programme would help spur the growth of local SMEs, as it provided the entrepreneurs with the right tools and support within a robust environment, thus allowing them to scale up quickly.

Among other things, he said, the participants would be able to enjoy full access to e-commerce training, enhanced Internet connectivity with online tools and solutions and financial support via loans and financing facilities.

The merchants would be supported at every stage of their business through recommended solutions by the various partners in areas of productivity, innovation and capability upgrading, he said.

Earlier, Ahmad said SMEs’ adoption of technology has taken on a greater urgency as Malaysia continued its path towards becoming a fully digital economy.

He lauded Lazada Malaysia’s effort in helping local SMEs, saying that it would help the government to achieve its target of doubling e-commerce growth from the current 10.8 per cent to 20.8 per cent by 2020.

“The #EveryoneCanSell programme will provide SMEs with the right ecosystem to compete globally through the Digital Free Zone, which was launched in March this year,” he said. — Bernama