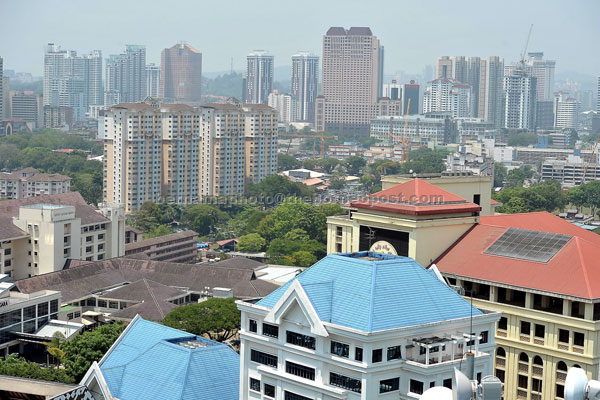 Fernandez says a solution to offer to the first-time home owners was a special interest rate if they bought affordable properties within a specific price range in transit oriented developments. — Bernama photo

KUALA LUMPUR: More Malaysians are now experiencing less difficulty in obtaining housing loans, but, many still remain dissatisfied, citing the high interest rate which should be lowered given the present economic challenges.

According to PropertyGuru Malaysia’s recent Consumer Sentiment Survey, 46 per cent of respondents said the interest rates were too high compared to just 31 per cent who felt it was acceptable.

“While more loans are being approved, especially due to more joint applications, many consumers are declining on account of the margin obtained and monthly installments to be paid.

“Banks are now approving more applications, but, at times, the package offered is not attractive to consumers,” PropertyGuru Malaysia Country manager, Sheldon Fernandez said in a statement yesterday.

According to PropertyGuru data, a whopping 91 per cent of respondents stated they would need a bank loan to secure a home, of which, 45 per cent would opt for 90 per cent financing and 25 per cent going for 70 to 80 per cent.

Another 18 per cent would choose 100 per cent financing.

The latest results coincide with findings that the Malaysian property market has reached a more stable position with gradual, but sustainable price appreciation, compared to the steep rise in the past two to three years.

Given this scenario, Fernandez said Malaysians continue to face challenges in pursuit of home ownership even though they were willing to transact.

Obstacles still remained for purchasers, especially for first time home buyers, who were left with insufficient funds after paying their monthly installments or meeting upfront costs such as stamp duties, legal fees, and moving costs, he added.

Fernandez said a solution to offer to the first-time home owners was a special interest rate if they bought affordable properties within a specific price range in transit oriented developments.

About 43 per cent of Malaysians mentioned they have used their Employees Provident Fund (EPF) savings to purchase property, either as part of the initial down-payment or to offset their principal home loan amount, a five per cent increase in the sentiment this year compared to 38 per cent in the second half of 2016.

“Generally speaking, dipping into one’s retirement savings to buy a property is a sign of unaffordability in the market. It could also mean that consumers are prioritising home ownership over their retirement years.

“Others may feel that returns from EPF were not that attractive, hence, the money was better invested into a home that would generate capital appreciation and also provide a roof over their heads,’ said Fernandez. — Bernama