Thursday, April 15
You are at:Home»Business»Firms optimistic on business prospects for 2H17 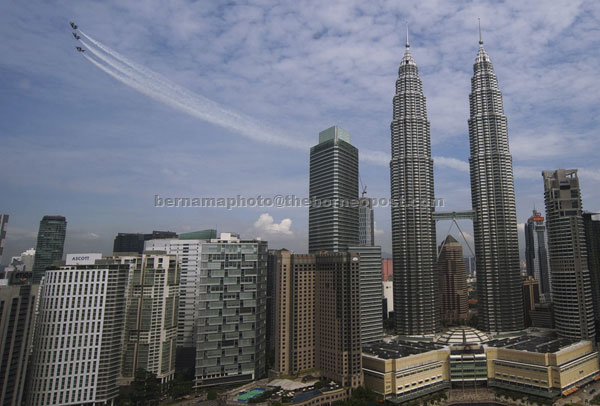 Despite the poorer performance outlook, SME respondents in the survey still expressed optimism on business expansion and hiring sentiment in the next two quarters. — Bernama photo

KUALA LUMPUR: Malaysian firms are optimistic about their business prospects for the next six months, according to the fourth RAM Business Confidence Index (RAM BCI).

It said the indices for Corporates and Small and Medium Enterprises (SMEs) continued to show positive sentiment, with respective readings of 55.8 and 52.1, for the fourth quarter (4Q) 2017-first quarter (1Q) 2018.

“We note that corporates have been consistently more sanguine throughout all three earlier readings.

“Relative to SMEs, the corporate segment’s more stable and stronger sentiment throughout the observed periods is attributable to their economies of scale, operational flexibility, client bases and bargaining power to ride through short-term economic vagaries,”it said.

RAM, noted however, that SME sentiment is more volatile, in tandem with the greater uncertainties faced by their businesses.

Despite the poorer performance outlook, SME respondents in the survey still expressed optimism on business expansion and hiring sentiment in the next two quarters.

This performance uncertainty is also more prominent among construction, manufacturing, transport/storage and retail players, whose operations may be contract-based and/or dependent on narrower or niche clientele, thereby rendering their performance more volatile, RAM said.

Based on its survey, the rating agency said export-oriented firms were more bullish than their domestic-centric counterparts, due to the momentum of global trade recovery, which has led to seven months of double-digit export growth for the country since December 2016.

“To conclude, despite some downside prospects in business outlook among SMEs, both corporates and SMEs at large have maintained overall positive sentiment going into 2018.

“This is perhaps a welcome indication that the momentum of economic recovery in Malaysia has an element of sustainability,” it added. — Bernama