Saturday, September 18
You are at:Home»News»Sarawak»‘SBS a cost-effective Internet coverage solution for rural folk’ 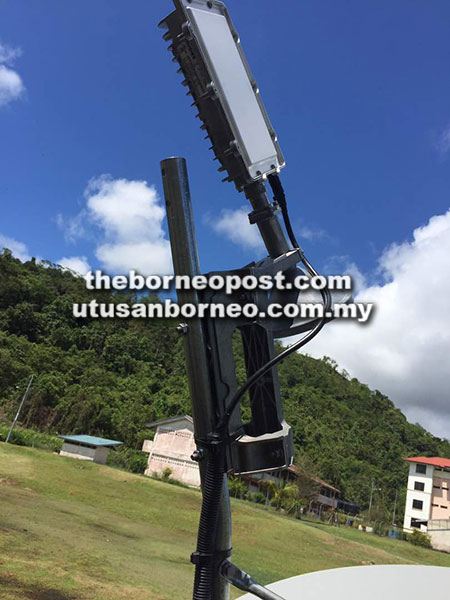 The device that utilises the satellite coverage to provide broadband connectivity at SMK Balleh – a pilot project initiated by Sanjung Etika and Exuscor via a JV. 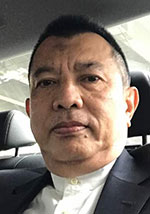 KUCHING: The state Malaysian Communications and Multimedia Commission (MCMC) views the Satellite Broadband Service (SBS) as a cost-effective solution for the people, especially those in the rural areas.

According to MCMC Sarawak commission member Dr Abang Azhari Abang Hadari, almost all developing countries are looking into the viable utilisation of the SBS. Nevertheless, he also acknowledges that for now, it may be a bit costly to install the system.

“The advantages of SBS are that it is very mobile and easily installed. Once installed, it can be used right away. Many people are still sceptical of SBS especially in knowing that the costs of installation and maintenance may be higher, but these would go down with higher volumes – when more people are using it, it would become cost-effective,” he said when contacted recently, where he was asked about the SBS pilot project at SMK Balleh in Kapit.

Abang Azhari said the SBS would serve as a more viable option than fibre optic cables or telecommunication (telco) towers in providing Internet connectivity to the rural folk.

“Laying out fibre optic cables and erecting telco towers pose some risks and incur high costs, in view of the rugged terrains across Sarawak’s interior and the sparsely-populated areas.

“Satellite communications can become a cost-effective solution that provides Internet connectivity and its applications are not exclusive to large enterprises, but also to communities and the mass market. People should support the SBS – it is very useful to complement the digital economy drive,” he said.

On Oct 3, Deputy Chief Minister Tan Sri Datuk Amar Dr James Masing announced the installation and commissioning of the SBS at SMK Balleh. In his remarks, Masing – also Infrastructure Development and Transportation Minister – said the project should serve to close the digital divide between the urbanites and those living in rural areas.

“Broadband (connectivity) is critical in ensuring that school-going children would be able to compete in digital economy,” Masing, who is Baleh assemblyman, was quoted as having said.

He observed that despite many centralised efforts towards improving the infrastructure plan and introducing new communications services, many rural schools in Sarawak had yet to have any form of broadband access.

“Internet providers are ready to enhance and create Internet access but unfortunately, they are not able to service any area without considering any return on investments,” he said.