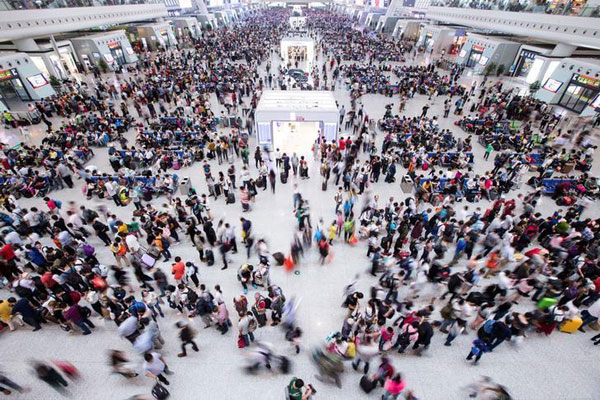 The overall increase in international traffic was due to visa relaxation for India and China, competitive fares as well as the favourable exchange rate for foreign tourists. — Reuters photo

KUCHING: While Malaysia Airports Holdings Bhd’s (MAHB) passenger growth for its first nine months of 2017 (9M17) came within expectations, analysts are projecting October numbers to be better on the back of China’s Golden Week.

As per the group’s passenger traffic snapshot for September 2017, it was reported that total MAHB System for year to date (YTD) 2017 amounted to 95.3 million passengers, up 8.6 per cent from the previous year.

MAHB’s 9M17 passengers — including its Sabiha Gocken International Airport in Istabbul — grew by 8.6 per cent year on year (y-o-y)-YTD was in line with the research arm of Kenanga Investment Bank Bhd’s (Kenanga Research) total MAHB growth forecast of 9.2 per cent.

Malaysian airports recorded 71.3 million pax for 9M of the financial year 2017 (9MFY17) that led to an increase of 9.4 per cent y-o-y. This was above MIDF Amanah Investment Bank Bhd’s (MIDF Research) expectations of 7.5 per cent y-o-y pax growth forecast for FY17.

As MIDF Research had anticipated, the second half of FY17 (2HFY17) growth would taper attributed to the higher base in 2HFY16, hence the research arm’s 7.5 per cent y-o-y pax growth forecast.

According to MAHB, Malaysian passenger traffic grew by 3.6 per cent  y-o-y in September 2017 with load factors at 73.1 per cent.

“We believe the overall increase in international traffic was due to visa relaxation for India and China, competitive fares as well as the favourable exchange rate for foreign tourists,” Kenanga Research said.

Airlines and other local carriers as they rationalised their capacity allocations.”

Moving forward, MIDF Research expected October to be better, with growth in the mid-single digit percentage growth likely, premised on China’s Golden Week which is its peak travel period and the F1 Grand Prix.

All in, MIDF Research liked MAHB as a proxy to Malaysia’s resilient inbound/outbound travel industry, as the largest airport operator in Malaysia.

“MAHB received an extension of its operating agreement (OA) which will last until 2069, providing clarity to investors on its longer term prospects as an airport concessionaire.

“Meanwhile, the company has imposed onto itself a one-year timeframe for negotiations with the government on the terms and conditions for its OA extension.”

As for Kenanga Research, it made no changes to its FY17-18E earnings forecasts as the research arm’s underlying assumptions for FY17 passenger growth forecasts remained unchanged at 10 per cent for Malaysia and seven per cent for Turkey.